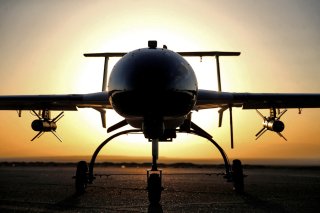 After the 9/11 terror attacks, lawmakers created a bipartisan commission to ensure that one of the darkest days in U.S. history would never be repeated.

Today, threats to the United States and our allies increasingly come from emerging technologies that can have devastating consequences if they are in the wrong hands. Quantum computing, next-generation drones, biomedical engineering, and other technologies have the potential to improve the lives of millions of people—or to empower dictators.

But unlike the 9/11 Commission, we shouldn’t have to wait for a crisis to start preparing ourselves for these threats.

New technologies are already reshaping our lives and how we communicate with people all over the world. Democratic nations need to stay at the forefront of innovation, not play catch-up with adversaries.

That’s why, as a group of former diplomats and technology industry experts from the Krach Institute for Tech Diplomacy at Purdue and the Atlantic Council, we’ve assembled a world-class commission to create a blueprint for how the free world can safeguard freedom through adopting trusted technology.

As the co-chairs of this Global Tech Security Commission, we believe three factors distinguish our two-year collaboration.

First, the commission will focus on seventeen critical tech sectors and integrate our findings about each of them into one overarching security strategy.

Second, it will be led by the private sector and global stakeholders, with commissioners from international companies and institutions representing more than a dozen countries as part of democracies’ common effort to compete in emerging technologies.

Third, while previous commissions have focused on identifying defensive solutions, ours will integrate offensive strategies to develop common standards for trusted technologies and recommendations for investment in key areas of research and development.

China’s attempt to portray itself as a misunderstood and well-intentioned global partner has failed.

Corporate boards increasingly understand doing business with, in, or for China represents tremendous risk. That’s why many respected board members are demanding a China contingency plan from their CEOs.

The commission already has the backing of lawmakers and private-sector leaders at a time when the United States is working to unite its transatlantic and Indo-Pacific allies and partners across a range of critical technology issues.

During our recent briefings with U.S. under secretary of commerce Alan Estevez on “Global Tech Security” and President Joe Biden’s “Asia Chief” Kurt Campbell on “Building Alliances with the ‘Trust Principle,’” they echoed their strong support for the commission’s urgent mission of securing high tech from the growing techno-authoritarian threats.

In the free world, we rely on innovation from the private sector by working together with companies big and small, to build trust without overregulation. By contrast, technology in authoritarian countries like China and Russia is developed and controlled by the government and cannot be trusted. They control, we cooperate.

The free world has a deeper pool of new technology to mine from simply because free people are more creative. We have seen time and time again that trust and diversity of thought are the catalysts for transformational genius. That’s why we will win this war of technology.

Our commission’s work will draw on the lessons learned from the Clean Network, which one of us developed while serving as the top U.S. economic diplomat. We united sixty nations around the world that all committed themselves to use only trusted 5G telecommunications vendors and rejected untrusted vendors like Huawei and ZTE that are known to follow the orders of the Chinese Communist Party.

Together, the free world showed how much we can accomplish together when we invest in shared technologies that we can trust. Huawei went from over ninety international contracts to just a few dozen.

It’s why, going forward, we must have shared standards and agreements to make the most of technologies created by the great minds of our private sector companies.

Why Technology Must Advance Freedom

Tomorrow’s technology must be trusted technology developed and protected by a network of like-minded countries, companies, and individuals who respect the rule of law, human rights, labor practices, national sovereignty, and the environment.

The technologies that our commission will focus on include semiconductors; autonomous and electric vehicles; clean energy and electrical grids; quantum computing; robotics; and electronic payments and digital currencies.

These technologies have already demonstrated great promise for a more efficient and advanced world. But as recent supply chain disruptions have made clear, we need to do more to ensure we’re not overly reliant on authoritarian nations like China.

Technological advances have transformed our world in ways that have the power to both make us more connected than ever—and more divided than ever.

That’s why we must establish a united front to take the lead in technological innovation to ensure it’s used to advance freedom.

Keith Krach is the chairman of the Krach Institute for Tech Diplomacy at Purdue. He served as Under Secretary of State for Economic Growth, Energy, and the Environment from 2019 to 2021 and was previously the chairman and CEO of DocuSign and Ariba. Krach is nominated for the 2022 Nobel Peace Prize.

Kersti Kaljulaid served as the fifth president of Estonia from 2016 to 2021. Kaljulaid was the youngest president and first female head of state of Estonia since the nation declared independence.