Google Fiber is Ready to Rollout into Five New States 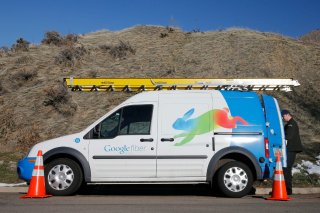 Google first launched Google Fiber in 2010, and while the service offered some of the fastest Internet services ever at that time, it didn’t expand as far as initially planned. It first launched in Kansas City before surfacing in Texas, Georgia, and elsewhere.

Google announced in the summer of 2020 that it was expanding to West Des Moines, Iowa, its first new city in four years.

“Google Fiber’s mission is to help all communities—big, small, urban, rural, and everywhere in between—get access to Internet that’s fast, reliable, fairly priced and open,” the company said in a blog post in July of 2020, by the director of corporate development David Finn. “Today, we’re taking the next step on our journey, working with the city of West Des Moines, Iowa, to bring gigabit internet to their residents and businesses.”

Also in 2020, HighSpeedInternet.com named Google Fiber the fastest provider in the U.S.

More recently, Fiber announced that it is rolling out in Arizona.

Now, Fiber has announced its latest expansion, its largest in seven years.

“As communities across the country look to expand access to gigabit internet, I’m happy to say that we’re ready to grow alongside them,” Dinni Jain, CEO of the Access division of Alphabet, said in a blog post on Wednesday. “Our team has spent many months traveling across the country, having conversations with cities looking for the best way to get better internet to their residents and business owners as quickly as possible.”

In addition to Arizona, Fiber is rolling out further in Colorado, Nebraska, Nevada, and Idaho.

“These states will be the main focus for our growth for the next several years, along with continued expansion in our current metro areas,” Jain’s post said. “In addition, we'd also love to talk to communities that want to build their own fiber networks. We’ve seen this model work effectively in Huntsville and in West Des Moines, and we’ll continue to look for ways to support similar efforts.”

Jain also gave a separate interview with Reuters in which he laid out the company’s plans, in his first interview since assuming that role four years ago.

"There was an impression 10 years ago that Google Fiber was trying to build the entire country," Jain said in the Reuters interview. "What we are gesturing here is, 'No, we are not trying to build the entire country… The intent is to build businesses that will be successful in and of their own right and that is what we are trying to do at Google Fiber for sure," Jain said. He added that the company could not rely on dipping into “a rich parent's wallet.”