It’s Official: Twitter Is Finally Getting an Edit Button 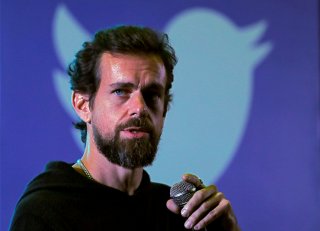 For years and years, Facebook has allowed its users to edit posts after the fact, while Twitter has not. When it comes to complaints from Twitter’s user base, the lack of an edit button has traditionally been near the top. As a result, when faced with tweets with typos or factual errors, Twitter users have had no choice but to delete them and try again.

The company has long refused to change this. But last week, at last, it did. The company announced on September 1 that it is testing an “Edit Tweet” function.

“It’s true: Edit Tweet is being tested by our team internally,” Twitter announced in a blog post. “The test will then be initially expanded to Twitter Blue subscribers in the coming weeks. Given that this is our most requested feature to date, we wanted to both update you on our progress and give you a heads up that, even if you’re not in a test group, everyone will still be able to see if a Tweet has been edited,” the post continued.

The company went on to describe the feature as “a short period of time to do things like fix typos, add missed tags, and more.”

Twitter’s current plans aren’t for a completely unfettered ability to edit past tweets. Instead, it will offer “a short period of time to do things like fix typos, add missed tags, and more.”

“For this test, Tweets will be able to be edited a few times in the 30 minutes following their publication. Edited Tweets will appear with an icon, timestamp, and label so it’s clear to readers that the original Tweet has been modified. Tapping the label will take viewers to the Tweet’s Edit History, which includes past versions of the Tweet,” the company said.

The feature is being tested with a small group in one particular country, although Twitter did not say which, with full availability coming later to Twitter Blue, the company’s subscription service.

“We’re hoping that, with the availability of Edit Tweet, Tweeting will feel more approachable and less stressful. You should be able to participate in the conversation in a way that makes sense to you, and we’ll keep working on ways that make it feel effortless to do just that,” the company said.

What’s the case against an edit button? There’s been a worry that if someone has a tweet that goes viral, they can change it to not state what it originally said, therefore making those who have retweeted it appear to have endorsed sentiments different from what was originally posted.

“The traditional case against an edit button is strong, and it appeals to our principles of accountability: Words should stand in the record as written. Unlike, say, the correction at the end of an article, which explains the mistaken reporting that was published, it may not be clear what’s different about an amended tweet,” Miles Klee wrote in Slate this week. “Skeptics have also pointed out the opportunities for trollish abuse: A mischievous tweeter might say one thing, rack up the likes and retweets, then tweak the text so that all those people are endorsing the opposite, potentially extreme opinion,” he continued.