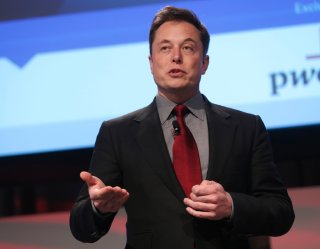 The long-awaited trial to determine who will own Twitter finally has a set date.

The current owners of Twitter will square off with Elon Musk in Delaware Chancery Court beginning on October 17, CNBC reported. Musk had pushed for the trial date to be moved to early 2023, but a judge ruled in favor of an October trial.

“Discovery should not be requested or withheld in an effort to inflict unreasonable demands on or extract unreasonable benefits from the opposing party,” the judge added.

Also, late last week, CNBC reported that Musk had countersued Twitter, although details of the suit have been kept confidential for the time being.

The trouble between Musk and Twitter dates back to April when the social media company agreed to be acquired by the entrepreneur, who, as of earlier this year, was the world’s wealthiest man. Musk has long been a Twitter power-user whose tweets had even gotten him in trouble with the SEC on prior occasions. The deal was for $54.20 per share, with Musk agreeing to waive due diligence.

Musk soon began to make noises about wanting out of the deal, accusing the company of having more fake or "bot" accounts than it had previously claimed. First, Musk said the deal was “on hold,” before later announcing that he was terminating the agreement. In early July, Twitter sued Musk, intending to hold him to the merger agreement.

“Musk refuses to honor his obligations to Twitter and its stockholders because the deal he signed no longer serves his personal interests,” the lawsuit said. “Having mounted a public spectacle to put Twitter in play, and having proposed and then signed a seller-friendly merger agreement, Musk apparently believes that he—unlike every other party subject to Delaware contract law—is free to change his mind, trash the company, disrupt its operations, destroy stockholder value, and.. walk away.”

The lawsuit cited several of Musk’s tweets, including one occasion when he tweeted a poop emoji at the company’s CEO.

“So Musk wants out. Rather than bear the cost of the market downturn, as the merger agreement requires, Musk wants to shift it to Twitter’s stockholders,” the suit says. “This is in keeping with the tactics Musk has deployed against Twitter and its stockholders since earlier this year, when he started amassing an undisclosed stake in the company and continued to grow his position without required notification. It tracks the disdain he has shown for the company that one would have expected Musk, as its would-be steward, to protect. Since signing the merger agreement, Musk has repeatedly disparaged Twitter and the deal, creating business risk for Twitter and downward pressure on its share price.”