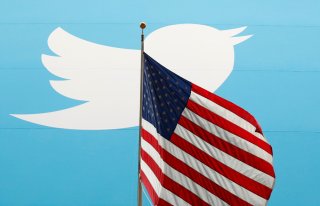 Beyond all of the drama over who will end up owning it, Twitter suffered a major outage Thursday.

According to the website DownDetector, outages were reported between 8 and 10 a.m. Eastern Time on Thursday. The problems were across both the website and app.

“Some of you are having issues accessing Twitter and we’re working to get it back up and running for everyone. Thanks for sticking with us,” Twitter’s own account on the social network tweeted.

According to The Verge, this was Twitter’s first big outage since February, when it went down twice in one week. In its early years, Twitter would often be inaccessible, which was symbolized by “the fail whale.”

Twitter was mostly restored between 9 and 10 AM Eastern Time.

The Guardian described the outage as the longest Twitter has had in years and the first multi-hour Twitter outage since 2016.

It’s not clear what caused the outage. It doesn’t appear that there were any other websites or internet infrastructure that went down at the same time.

“Musk refuses to honor his obligations to Twitter and its stockholders because the deal he signed no longer serves his personal interests,” the lawsuit says. “Having mounted a public spectacle to put Twitter in play, and having proposed and then signed a seller-friendly merger agreement, Musk apparently believes that he — unlike every other party subject to Delaware contract law — is free to change his mind, trash the company, disrupt its operations, destroy stockholder value, and.. walk away.”

The lawsuit cites several tweets by Musk in which Twitter says he disparaged Twitter in violation of the merger agreement, including, in one case, when Musk tweeted a poop emoji at Twitter CEO Parag Agrawal.

The suit went on to criticize “the tactics Musk has deployed against Twitter and its stockholders since earlier this year, when he started amassing an undisclosed stake in the company and continued to grow his position without required notification. It tracks the disdain he has shown for the company that one would have expected Musk, as its would-be steward, to protect. Since signing the merger agreement, Musk has repeatedly disparaged Twitter and the deal, creating business risk for Twitter and downward pressure on its share price.”

“Twitter has abided by its covenants, and no Company Material Adverse Effect has occurred or is reasonably likely to occur,” the Twitter suit says.