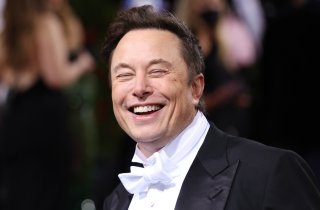 In recent days, the war between Twitter and Elon Musk over his deal to purchase the company and recent moves to get out of the deal has escalated.

In response to Twitter’s lawsuit last month, which the Delaware Chancery Court will hear in October, Musk has accused Twitter of scuttling the deal. Musk claims that at least 10 percent of Twitter’s users are bots, counter to Twitter’s longtime claims that the number is around 5 percent.

Musk used the Botometer, a tool for measuring fake accounts, to determine that Twitter is not being honest about how many bot accounts it has.

“Twitter was miscounting the number of false and spam accounts on its platform, as part of its scheme to mislead investors about the company’s prospects,” Musk’s lawyers said in the following, the New York Times reported.

“Twitter’s disclosures have slowly unraveled, with Twitter frantically closing the gates on information in a desperate bid to prevent the Musk parties from uncovering its fraud.”

The social media company responded to the suit with its own legal filing.

"That story is as implausible and contrary to fact as it sounds. And it is just that—a story, imagined in an effort to escape a merger agreement that Musk no longer found attractive once the stock market—and along with it, his massive personal wealth—declined in value,” the Twitter filing said.

“The Counterclaims are a made-for-litigation tale that is contradicted by the evidence and common sense. Musk invents representations Twitter never made and then tries to wield, selectively, the extensive confidential data Twitter provided him to conjure a breach of those purported representations. Yet Musk simultaneously and incoherently asserts that Twitter breached the merger agreement by stonewalling his information requests.”

“Confirming the unreliability of Musk’s conclusion, he relies on an internet application called the ‘Botometer’—which applies different standards than Twitter does and which earlier this year designated Musk himself as highly likely to be a bot.”

“If Twitter simply provides their method of sampling 100 accounts and how they’re confirmed to be real, the deal should proceed on original terms. However, if it turns out that their SEC filings are materially false, then it should not. I hereby challenge @paraga to a public debate about the Twitter bot percentage. Let him prove to the public that Twitter has <5% fake or spam daily users!,” Musk said on Twitter.

According to CNBC, “a source close to the company says a debate is not going to happen outside of a pending trial.”