No Bots, No Deal: Musk Wants to Walk Away From Twitter Buy 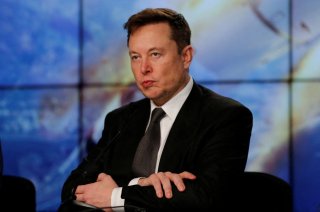 On Friday, Elon Musk made official what he’d been hinting at for months, formally announcing that he wishes to walk away from his deal to buy Twitter and take it private.

However, that doesn’t mean that the deal is simply dead. Instead, a lengthy court battle is likely, as Twitter plans to show that Musk has not met the conditions to exit the deal.

Musk announced his intention to leave the deal in a letter from his attorneys.

“As further described below, Mr. Musk is terminating the Merger Agreement because Twitter is in material breach of multiple provisions of that Agreement, appears to have made false and misleading representations upon which Mr. Musk relied when entering into the Merger Agreement, and is likely to suffer a Company Material Adverse Effect,” Musk’s lawyers said in the letter.

The reasons for the departure included that Twitter “has failed or refused to provide” information requested by Musk, including what his side considers accurate information about the number of spam or fake accounts among Twitter’s users.

Twitter did make its “hose” of daily information available to Musk, but his attorneys considered that insufficient.

“While Twitter has provided some information, that information has come with strings attached, use limitations or other artificial formatting features, which has rendered some of the information minimally useful to Mr. Musk and his advisors,” the letter said.

"For example, when Twitter finally provided access to the eight developer ‘APIs’ first explicitly requested by Mr. Musk in the May 25 Letter, those APIs contained a rate limit lower than what Twitter provides to its largest enterprise customers. Twitter only offered to provide Mr. Musk with the same level of access as some of its customers after we explained that throttling the rate limit prevented Mr. Musk and his advisors from performing the analysis that he wished to conduct in any reasonable period of time,” Musk’s legal team said.

Twitter, meanwhile, said in a statement of its own that it plans to hold Musk to the deal.

“We are committed to closing the transaction on the price and terms agreed upon with Mr. Musk and plan to pursue legal action to enforce the merger agreement. We are confident we will prevail in the Delaware Court of Chancery,” the company said.

After purchasing a stake in the company, Musk reached a deal in April to buy Twitter for about $44 billion, which came with a $1 billion breakup fee. In the months since, Musk has repeatedly threatened to put the deal “on hold" or even leave it altogether.

This behavior has led to much speculation that Musk either never intended to become the owner of Twitter at all, that he is using the bot excuse to get out of a deal he wasn’t interested in, or perhaps that the collapse of tech stocks has made Musk’s position less tenable.

Matt Levine of Bloomberg News, whose Money Stuff newsletter has provided some of the most trenchant analysis of the potential deal, broke down the situation in a special Saturday edition after the announcement that Musk wanted out.

“Elon Musk had a well-thought-out business and financial plan for Twitter that worked in the economic conditions of early April 2022, but conditions have changed and the model no longer works does not strike me as the most plausible description of what is going on here,” Levine wrote.

“Elon Musk whimsically thought it might be fun to own Twitter, so he signed a merger agreement without taking it too seriously and then lost interest a week later’ feels more true to the situation. My first reaction to his proposal to buy Twitter, that it was a joke, may have been the correct one. He was just a lot more committed to the bit than I expected,” he continued.

Levine added that there is “not a whisper of evidence” for the claim that Twitter had misrepresented the number of bot accounts in its user base.

So what comes next? The sides are expected to battle it out in an extremely unusual case in which the buyer of a public company has sought to pull out of the deal and the company plans to make him buy it.

Per Bloomberg News, Twitter is planning to hire a legal team from the law firm Wachtell, Lipton, Rosen & Katz, which specializes in merger law, specifically in “poison pills,” to deal with its case against Musk.

In addition, in reaction to the news earlier in the week that Musk had fathered two more children with a woman who works for his company Neuralink, about a thousand people on Twitter made similar jokes about Musk and the act of “pulling out.”