Not All Semiconductors Are Created Equal 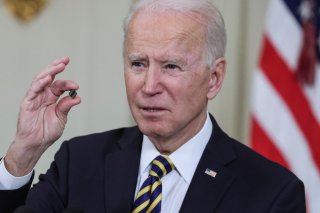 Resilient supply chains underpin national security in the twenty-first century. Without timely supplies of critical inputs like oil or semiconductors, a country’s economy and military can be seriously hindered. Semiconductor supply chains in particular have serious implications for national security, given their broad civilian and military applications. The most important of these are leading-node logic chips, which include microprocessors, central processing units, graphics processing units, application processors, field-programmable gate arrays, and application-specific integrated circuits below 10 nanometers (nm). As the White House noted last year, “These cutting-edge chips are the foundation of paradigm-shifting technologies.” These “paradigm-shifting technologies” include quantum computing, advanced wireless networks, and artificial intelligence (AI), all of which will significantly impact U.S. national security.

What is increasingly worrisome is that America’s supply chains for leading-node logic chips are vulnerable. None of these chips are produced domestically, thereby posing a severe risk. Moreover, the United States depends on foreign supply links—such as materials, equipment, assembly, testing, and packaging—for these chips. This critical supply chain is vulnerable to disruption via growing geopolitical risks, including U.S.-China strategic competition and possibly a China-Taiwan military conflict. To address these concerns, the White House and Congress—through bills like the CHIPS for America Act—have prioritized incentivizing semiconductor research and fabrication. But Congress and the White House’s broad focus ignores supply chain vulnerabilities for leading-node logic chips specifically. This is a fatal error, and policymakers must act swiftly to fix it.

Logic chips are vital for contemporary computing—they power data centers and AI-enabled devices, and underpin essential applications in aerospace, defense, and telecommunications. It is not unfair to say that most key sectors in a modern economy can’t function without them. Leading-node logic chips have even greater implications than logic chips. This is because a “node” is a technology generation, and the “leading node” is the most advanced chip generation. In comparison to mature-node logic chips, leading-node logic chips have greater computing power and more advanced applications. Obvious then, leading-node logic chips play a determinant role in U.S. national security. A report from the Boston Consulting Group bluntly states that, “advanced logic technology is critical for the national security and economic progress of any developed economy.”

These chips have dual-use applications, making them particularly valuable. For instance, AI-enabled facial recognition can unlock a person’s phone but also scan video surveillance to identify terrorists. Because of this usefulness, leading-node logic chips undergird “must-win” technologies like AI and high-performance computing. And since these chips underpin emerging technologies, they also underpin emerging industries concentrated around these technologies, including renewable energy, 5G tech, and the Internet of Things.

Given their essential importance to future technologies, which will underpin future economic growth, leading-node logic chips bolster economic fundamentals. The U.S. economy, unsurprisingly, consumes a significant quantity of electronic devices (and, therefore, logic chips). As Goldman Sachs economist Spencer Hill has observed, “while semiconductors account for only 0.3 percent of US output, they are an important production input to 12 percent of GDP.” Logic chips, like graphics processing units, are used for computer gaming, digital finance, and training AI algorithms. Likewise, these chips are critical in advanced electronics such as smartphones, AI-enabled devices, and self-driving vehicles. Key economic sectors like energy, transportation, healthcare, and financial services rely on these logic chips in supercomputers, data centers, and networking equipment. So again: no logic chips, no modern economy.

Given their dual-use nature, leading-node logic chips also play a significant role in military affairs. These chips are necessary for various aerospace and defense systems, including communication networks, and enable a wide variety of advanced military applications. Will Hunt, a research analyst at the Center for Security and Emerging Technology, explains that “leading-edge logic and memory chips are required to ensure the Department of Defense, the Department of Energy, and the intelligence community continue to field the most advanced computing capabilities.” These capabilities include autonomous systems, hypersonic missiles, and directed energy weapons. American military superiority has largely depended on technological superiority, and the continuation of that superiority will depend on emerging technologies underpinned by leading-node logic chips.

The Taiwan Semiconductor Manufacturing Company, better known through its acronym, TSMC, and Korea-based Samsung are the only companies in the world that manufacture these chips. Though U.S.-based Intel has the potential to also manufacture them, and has been pushed to do so precisely because Washington has realized that its current dependency is risky, production will not start until 2023. Moreover, the United States is also totally dependent on Netherlands-based ASML for extreme-ultraviolet lithography scanners, which are necessary for producing logic chips.

As such, logic chip supply chains are mainly concentrated in East Asia. Industry analysts have warned that “[t]he potential risk of a severe supply disruption is much higher for leading-node logic chips than for other semiconductors that generally have a diversified geographic manufacturing footprint.” For instance, the United States has 11 percent of the semiconductor materials market while East Asia has 73 percent. Likewise, the United States controls 12 percent of the semiconductor fabrication market; East Asia 72 percent. Other supply chain links also have large concentrations in East Asia. These supply chains primarily face three kinds of geopolitical risks: natural disasters, trade disputes, and military conflict.

Natural disasters are a major risk in East Asia. Due to their location, Japan, Korea, and Taiwan are particularly susceptible to earthquakes, which can halt chip production. In February 2021, for example, Renesas, an automotive chip manufacturer in Japan, stopped production after an earthquake cut power to the plant, delaying shipments to customers. Earthquakes have similarly halted production in 2011 and 2016. In a similar vein, droughts in Taiwan have also affected semiconductor production. An average semiconductor fab uses 20,000 tons of water per day—the equivalent water usage of a 58,000-person city. As such, droughts in Taiwan have meant that TSMC has had to truck in water tanks to maintain semiconductor production.

Finally, military conflict is perhaps the most visible and well-known risk to East Asian leading-node logic supply chains. China has reiterated its desire to integrate Taiwan, through force if necessary. It goes without saying that such a military conflict wouldn’t just disrupt major trade routes in the region, delaying shipments of chips and related production of chip-dependent goods: in the worst-case scenario, Taiwan’s entire production capacity could be destroyed, removing 92 percent of all leading-node logic chip production from the global market.

On America’s end of things, leading-node logic chip supply chains also face market risks. These supply chains have minimal excess capacity to handle swift changes in supply and demand, along with market disruptions. Given these chips’ ubiquity across critical sectors, seemingly minor supply chain disruptions can have major consequences for the U.S. economy. SEMI, a leading semiconductor association, has noted that “supply constraints, whether they be in devices, equipment, or materials, can impact the entire supply chain and lead to semiconductor shortages, which can result in line-down situations at electronics factories downstream, and have a ripple effect in our digital economy.”

Though China is equally dependent on existing supply chains for leading-node logic chips, it is actively seeking to address this vulnerability. Beijing has invested over $150 billion in semiconductor manufacturing subsidies, and Chinese firms have reportedly made advances in producing logic chips that are 7 nm. Goldman Sachs forecasts that China will start producing 7 nm chips in 2023 and 5 nm chips by 2025. Multiple Chinese companies, such as Alibaba, Baidu, and ZTE, have proven designs for leading-node logic chips. Given U.S. export controls and existing trade tensions, China hopes to fortify its domestic semiconductor supply chains, and announced in its Fourteenth Five-Year Plan (2021-2025) that it aims to develop self-sufficient semiconductor supply chains that are “secure and controllable.”