Putting Technology to Work for Humanitarian Purposes in War 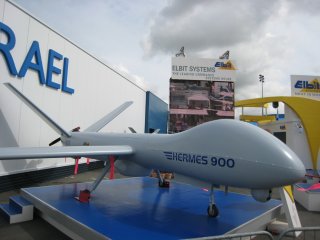 Although targeting technology continues to make significant progress, it is important for governments and militaries, including Israel and the Israel Defense Forces (IDF), to consider how technology can assist civilians stuck in battle zones, facilitate communication between adversaries, and rebuild communities post-conflict.

We see already the use of apps, databases, and social media to gather and share evidence of war crimes in Ukraine, providing real-time documentation of atrocities even as the war is still ongoing. These efforts will contribute to bringing justice to the victims in international and domestic courts.

But new and emerging technologies can do so much more. Modern technology can provide a real boost to family reunification through facial recognition software and other biometric tools, enhance identification of areas that require humanitarian relief and reconstruction assistance using satellite imagery, and help ensure that various fighting factions are aware, in real-time, of when and where ceasefires go into effect.

During war, any and all tools to reduce vulnerability are essential. Civilians are vulnerable to attack and starvation, internment, disease, adverse weather, and many other hardships. Combatants captured by the adversary are also vulnerable—to mistreatment, loss of rights and privileges, disappearance, and other harms.

Any tools that can minimize such vulnerabilities must be harnessed, such as the real-time databases and background checks to screen for traffickers taking advantage of displaced persons and refugees launched at the Ukraine-Poland border, or biometric identification of captured soldiers and war dead, through to proper treatment and return of personnel.

And as conflict comes to an end, uncertainty can be a substantial obstacle to progress towards peace. Imagine technological tools that could enable warring parties to verify and trust information about the position of forces, the adherence to ceasefires, or the demobilization of forces, such as blockchain and other means of securing information flows. Mitigating uncertainty can help smooth the path to peace by removing common obstacles and sources of re-escalation.

In recent months, we have worked to bring relevant stakeholders around the table to explore how technology may be channeled for humanitarian purposes as wars wind down. Policymakers, militaries, humanitarian organizations, and technology experts are all essential participants in moving beyond the limited conception of technology as a warfighting tool and beginning to harness new and emerging technologies to ameliorate the consequences of war.

Although such technologies may not appear to fit into traditional military perspectives or mission definitions at first glance, a policy shift would be easier than some may think. Israel serves as a good case study for this potential. The IDF, for example, will have to address the needs and safety of millions of civilians in the event of war breaking out in Gaza or Lebanon, and as such, this discussion is extremely relevant to it.

A number of military technologies, particularly air defense systems like Iron Dome, are already defined as defensive systems that protect and have an ultimately humanitarian mission, as are the red alert (tzeva adom) warning systems designed to notify civilians of impending rocket attacks. Well beyond the narrower mission of targeting and boosting lethality, these existing technologies open the door to inserting other humanitarian applications into the mix.

Until now, the lack of any substantive discussion about the use of technology to enhance the protection of civilian populations caught up in conflicts and facilitate the end of war has been striking. Although the United Nations and the International Committee of the Red Cross are already using new technological capabilities for several of these purposes, and NATO has held simulations on using artificial intelligence in disasters, the conversation too often focuses on the downside of technology rather than its potential upside.

Ultimately, there are countless ways in which technology can be used to bolster protections for civilians, facilitate the end of conflict, and better inform reunification and reconstruction after the war. The ever-increasing use of technology to cope with humanitarian disasters not linked to war, such as earthquakes, major flooding, and storms, highlights the breadth of this potential.

Breaking the stigma that views technology in war as solely about attacks and lethality can enable international organizations, humanitarians, militaries, tech companies, and scholars to work together to shape this new and promising humanitarian role.

Dr. Daphné Richemond-Barak is a MirYam Institute publishing expert and Assistant Professor at the Lauder School of Government, Diplomacy and Strategy at Reichman University.

Prof. Laurie Blank is Clinical Professor of Law at Emory Law School. Together they co-founded the End of War Project under the auspices of the International Institute for Counter-Terrorism and Emory’s Center for International and Comparative Law.