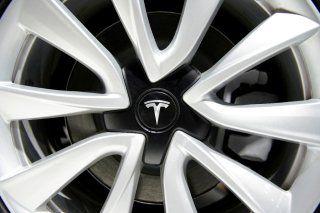 It’s fair to say that full self-driving car technology, long hailed as essential future tech, hasn’t panned out. Many fear the tech is unsafe, with a report earlier this month reporting nearly 400 crashes involving autonomous car tech in eleven months, with many of those involving partial self-driving tech.

A leading consumer advocate and former presidential candidate has called for a recall of one manufacturer’s self-driving tech.

“Tesla’s major deployment of so-called Full Self-Driving (FSD) technology is one of the most dangerous and irresponsible actions by a car company in decades,” Nader’s statement said. “Tesla should have never put this technology in its vehicles. Now over 100,000 Tesla owners are currently using technology that research shows malfunctions every eight minutes.”

“I am calling on federal regulators to act immediately to prevent the growing deaths and injuries from Tesla manslaughtering crashes with this technology,” Nader added in the statement issued through the Center for Auto Safety.

Tesla has long offered Autopilot but is also beta-testing Full Self Driving, which car owners can opt in to for $12,000.

“This nation should not allow this malfunctioning software which Tesla itself warns may do the ‘wrong thing at the worst time’ on the same streets where children walk to school,” Nader added. “Together we need to send an urgent message to the casualty-minded regulators that Americans must not be test dummies for a powerful, high-profile corporation and its celebrity CEO. No one is above the laws of manslaughter.”

Nader has long been associated with the issue of automotive safety, having authored the book “Unsafe at Any Speed: The Designed-In Dangers of the American Automobile” in 1965. His work is credited with the eventual creation of the National Highway Traffic Safety Administration. Nader went on to run for president in 1996, 2000, and 2004.

Back in early 2020, Nader had some positive, though caveated, things to say about Tesla and its CEO Elon Musk.

“Tesla and @elonmusk exposed the technological stagnation of the auto companies and broke ground with EVs and other climate-benign technologies. However, a fast-moving company can not obscure wildly speculative stock valuation on top of a general stock market bubble that could… implode on pension and mutual fund savings of millions of Americans. Fundamentals can't be ignored,” Nader said on his Twitter account in January 2020.