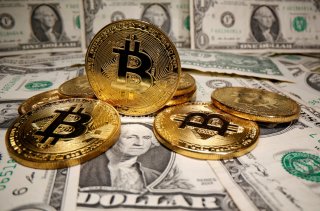 A new Politico report has suggested that bipartisan opposition is likely to derail House Financial Service Chair Maxine Waters’ (D-CA) attempt to hold a vote on a major cryptocurrency bill this week.

The highly anticipated legislation that Waters has been attempting to negotiate for months with Rep. Patrick McHenry (R-NC), the committee’s top Republican, aims to give the Federal Reserve oversight of stablecoins, which are popular digital tokens whose value is pegged to an asset such as the U.S. dollar or gold.

It would also require stablecoin businesses to maintain reserves in high-quality, liquid assets and could potentially include a two-year ban on so-called algorithmic stablecoins, like TerraUSD, which blew up early this year and led to huge investor losses.

However, “the pair have not been able to reach a deal with only days to go before lawmakers return to their districts ahead of the November midterm elections,” the news outlet writes.

“Rank-and-file Democrats and Republicans on the committee are balking at how draft bill text—which circulated among lawmakers for the last week—would approach a range of issues, including state-level crypto regulation and digital wallet disclosures,” it continues.

House Financial Services member Warren Davidson (R-OH), in a text message on Monday, said: “I do have concerns and have shared them internally. I am hopeful that the Financial Services Committee can resolve differences and settle on good legislation in either Q4 2022 or Q1 2023.”

Politico’s report noted that there is still a possibility that the lawmakers could reach an agreement later this year. However, “the odds of the measure making its way to floor could decrease substantially depending on how both parties perform in the election,” the news outlet explains.

During a Politico event last week, McHenry admitted that “big policymaking in an election year is hard.”

Meanwhile, MarketWatch reported that a Republican takeover of the House could be seen as a positive for the crypto legislation.

“With polls indicating Republicans will take control of at least the House of Representatives after November’s U.S. elections, the conventional wisdom in Washington is that divided government will lead to little meaningful legislation getting passed over the next two years,” the business news outlet writes. “While it’s true that Democrats and the GOP are unlikely to come to agreement on hot-button topics like taxes or immigration, there are a few areas, like cryptocurrency regulation, that are ripe for bipartisan agreement.”