The Reviews Are In: Just How Good Is Sony’s A95K OLED TV? 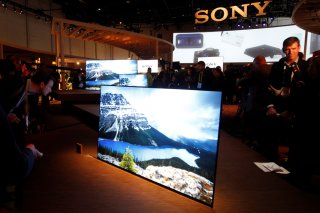 In the last few years, RTINGS’ rankings of the best available TVs have been dominated by LG OLED models. That changed this year with the arrival of the first QD-OLED models, with Samsung’s S95B OLED TV topping the site’s rankings, beating out LG’s 2022 OLED TV line.

Now, the site has reviewed the other major QD-OLED TV on the market, Sony’s A95K, and ranked it third overall, with a “mixed-usage” score of 9.0. This ranks the Sony model third, behind Samsung’s S95B and LG’s B2, although it’s ahead of two more 2022 LG models, the G2 and C2.

With 9.0 scores, the Sony and the three LGs are all fairly close together, although the SB95 has a ranking of 9.1.

The review, published September 9, gives the Sony TV a 9.4 score for movies, and 9.2 for video games.

“The Sony A95K is an incredible TV for most uses. It looks remarkable in dark rooms because it displays deep blacks without any blooming around bright objects, and HDR content looks remarkable thanks to its vivid colors and bright highlights with near-perfect tone mapping.” the review says. “It's impressive for watching TV shows and excellent for watching sports in well-lit rooms because it has incredible reflection handling, but any bright light source also causes the black levels to raise. It's incredible for gaming as it has a near-instantaneous response time, variable refresh rate (VRR) support, and HDMI 2.1 bandwidth. Even though its input lag is higher than other TVs, it's still low enough for gaming.”

On the “Cons” side, it says that “SDR brightness is just okay,” “Ambient light causes black levels to raise,” and “Text clarity issues and color fringing.”

The review also compared the Sony TV to its QD-OLED rival.

“The Samsung S95B OLED and the Sony A95K OLED are both remarkable TVs with strengths and weaknesses. They use the same panel type, so the differences come down to image processing,” the reviewer said. “The A95K focuses on accuracy over brightness, so it has better tone mapping in HDR as details are better, and it doesn't have black crush like on the Samsung. However, the Samsung TV focuses more on brightness, meaning it delivers brighter highlights in some scenes. The Sony model also supports Dolby Vision, which the Samsung doesn't, and it's a format that more content uses. However, the Samsung TV is the better gaming TV because it has lower input lag and supports FreeSync, which the Sony model doesn’t.”