Samsung and Comcast Team Up on 5G Coverage 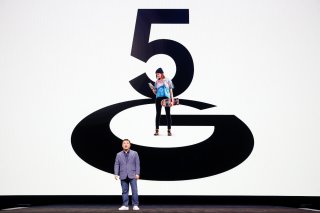 Samsung Electronics and Comcast announced on Thursday that they have teamed up on 5G Radio Access Network (RAN) solutions for the Xfinity Mobile and Comcast Business Mobile business segments.

“Our capital-light approach to providing enhanced 5G connectivity in service areas where we have a high concentration of traffic and cable infrastructure is smart for our business and even better for customers who will benefit from broader coverage and industry-leading speeds and prices,” Tom Nagel, senior vice president of wireless strategy at Comcast, said in the announcement.

“Partnering with Samsung and leveraging their leadership in 5G network innovation will help us seamlessly deliver more next-generation applications and services to our consumer and business mobile customers,” Nagel continued.

According to Light Reading, the partnership entails Samsung using Comcast’s radios to build out 5G in “selected high-traffic areas of its cable footprint.” The site also noted the “slow pace” of Comcast’s mobile moves.

“We are excited to collaborate with Comcast on their journey to deliver the most enhanced 5G experiences available to their customers,” Mark Louison, executive vice president and head of networks business at Samsung Electronics America, said. “With this partnership, Samsung continues to build on its wireless technology leadership in commercial 5G rollouts. We look forward to helping Comcast advance its goals in delivering best-in-class 5G mobile services for their Xfinity Mobile and Comcast Business customers,” he continued.

Comcast currently pays Verizon for access to its 5G network.

Earlier this week, Comcast posted a note to its website on the company’s “evolving wireless strategy.” Comcast’s Nagel said in the article that Comcast has added 4.5 million customer lines in the five years since the launch of Xfinity Mobile.

“Our original strategy from back in 2017 still holds true today – provide a high-quality wireless service with the best devices that delivers more value to our Internet customers and, in turn, encourages them to stay with us and attract new ones along the way. With these key pillars as our north star, our wireless efforts turned profitable in 2021 and is now an opportunity for growth going forward,” the post said.

“We have no plans to build out a full national wireless network, rather, where it makes sense, we plan to selectively deploy our own 5G radios in dense, high-traffic areas of the markets we serve today,” Nagel added, before segueing into the news of the new Samsung partnership.

Comcast, he said, will be using Samsung’s new 5G CBRS Strand Small Cell, which he said, “Can be mounted on our existing aerial cable lines quickly and cost-effectively.”

Verizon and Dish Network also have deals with Samsung for their U.S. operations, Light Reading said.