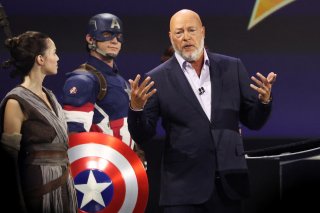 Disney, in its third-quarter earnings earlier this week, announced that it added 12.1 million subscriptions in the fiscal fourth quarter, bringing its total to 164.2 million. That number was ahead of analyst expectations, CNBC said.

At the end of the quarter, Disney’s Hulu had 47.2 million subscribers and ESPN+ had 24.3 million, bringing the company’s total to 235 million.

“Our fourth quarter saw strong subscription growth with the addition of 14.6 million total subscriptions, including 12.1 million Disney+ subscribers,” CEO Bob Chapek said in the earnings release. “The rapid growth of Disney+ in just three years since launch is a direct result of our strategic decision to invest heavily in creating incredible content and rolling out the service internationally, and we expect our DTC operating losses to narrow going forward and that Disney+ will still achieve profitability in fiscal 2024, assuming we do not see a meaningful shift in the economic climate.”

However, the company warned that growth will slow in the next quarter.

“It has taken just three short years for Disney+ to transform from a nascent business to an industry leader,” Chapek said on the earnings call. “That transformation is the direct result of the strategic decision we made at launch to heavily invest in our direct-to-consumer offering, a decision made knowing that achieving rapid growth would result in short-term losses. Building a streaming powerhouse has required significant investment. And now, with scale, incredible content pipeline, and global reach, Disney+ is well-situated to leverage our position for long-term profitability and success.”

“That expectation is based on three factors: first, the benefit of both price increases and the launch of the Disney+ ad tier next month; second, a realignment of our cost, including meaningful rationalization of our marketing spend; and third, leveraging our learnings and experience in direct-to-consumer to optimize our content slate and distribution approach to deliver a steady state of high-impact releases that efficiently drive engagement and subscriber acquisition,” Chapek said on the earnings call.

“With these factors, we believe we are on a path to profitable streaming business that generates shareholder value long into the future. And assuming we do not see a meaningful shift in the economic climate, we still expect Disney+ to achieve profitability in fiscal 2024, as losses begin to shrink in the first quarter of fiscal 2023.”

The company also touted specific shows and movies, including the movie “Hocus Pocus 2” and the Marvel shows “She-Hulk: Attorney at Law” and “Ms. Marvel.” The “Star Wars” show “Andor,” meanwhile, “earned rave reviews and showcases our ability to extend stories from the big screen to our streaming services,” Chapek said.