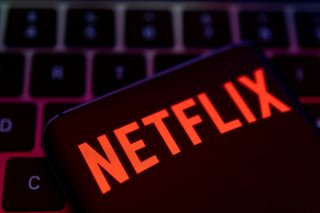 By averting another disastrous earnings report, Netflix was able to outpace its grim quarterly forecasts by slowing subscriber losses and posting higher revenue.

After Tuesday’s market close, the streaming giant confirmed in its earnings call that it shed nearly one million subscribers in the second quarter—the biggest subscriber loss in the company’s history—but far short of the two million it had forecast in April. Meanwhile, revenue was up 8.6 percent year-over-year.

“We're talking about losing one million instead of losing two million,” Netflix chairman Reed Hastings said on a call with analysts. “So our excitement is tempered by the less bad results.”

According to CNBC, the company said that it expects net additions to reach one million in the third quarter, reversing some of the losses seen during the first half of the year.

“With signs of stabilization in the subscriber base emerging, we believe the prospect of a prolonged period of subscriber losses is becoming increasingly unlikely,” Stifel analyst Scott Devitt said in a note to clients on Wednesday.

Moreover, Netflix acknowledged that it would ramp up efforts to create a lower-cost, ad-supported tier, which is expected to be released in early 2023. This comes on the heels of Netflix settling on Microsoft to be its partner on the highly anticipated ad-supported offering.

“We’ll likely start in a handful of markets where advertising spend is significant,” the company noted in its shareholder letter.

“Like most of our new initiatives, our intention is to roll it out, listen and learn, and iterate quickly to improve the offering. So, our advertising business in a few years will likely look quite different than what it looks like on day one. Over time, our hope is to create a better-than-linear-TV advertisement model that’s more seamless and relevant for consumers, and more effective for our advertising partners. While it will take some time to grow our member base for the ad tier and the associated ad revenues, over the long run, we think advertising can enable substantial incremental membership (through lower prices) and profit growth (through ad revenues),” the letter continued.

Furthermore, the world’s biggest streamer, which currently boasts more than 220 million subscribers, is looking to clamp down on rampant password sharing. The company had estimated last quarter that roughly a hundred million households are able to access Netflix’s content but aren’t paying for it directly. It said it plans to upcharge some members for sharing their subscription with family members or friends that live outside of their homes.

“We know this will be a change for our members. Our goal is to find an easy-to-use paid sharing offering that we believe works for our members and our business that we can roll out in 2023,” Netflix said.

“We’ve now had more time to understand these issues, as well as how best to address them,” it added.