Subsidize Free Calls Into and Out of Dictatorships and War Zones 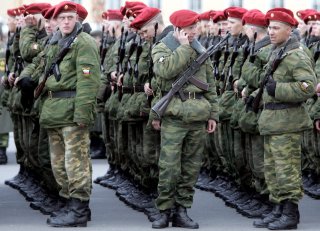 The aftermath of the Arab Spring taught us that social media reinforces dictators because they can block the truth, flood citizens with fake news, and track dissidents. Private groups have turned to counter disinformation within dictatorships with non-social media approaches that haven’t had great success. Squad303, a Polish programming collective, developed 1920.in, a website that assists individuals to text or email random Russians. An American sent texts to 2,000 Russians but only fifteen engaged with him. Meanwhile, a group of Lithuanians created the #CallRussia project, a listing of millions of Russian phone numbers, so that anyone can call a stranger in Russia. One volunteer made roughly 50 calls, and “all but one Russian hung up on him or refused to speak at any length.” While commendable, such efforts will not work when there are many accounts of Ukrainians calling family in Russia who initially don’t believe them that a war is raging.

There is a more effective way to stop misinformation. Democracies should subsidize free phone calls into dictatorships and out of war zones so that friends and family can have the repeated, engaged conversations that are proven to change minds over time. Let individuals call those suffering under tyranny to tell them what is fact versus fiction. Fund all calls out of a country defending itself from unjustified aggression so those attacked can attempt to sway citizens in the assailant nation. It is easier for dictators to nationalize TV stations and tighten internet firewalls than to prevent people from becoming informed through phone calls.

Admittedly such phone home diplomacy does not sound cutting edge in an age when many think new technology will save us. Technology may solve challenges like environmental destruction, though we need to let go of any promise it can change politics for the good. This is because technology concentrates power, but for democracies to work power needs to be dispersed.

Ukraine has resurrected the power of phone calls by setting up a helpline for Russian mothers wanting to know if their sons have been captured or killed. Ukraine has also allowed captured soldiers to call home. Both measures are simple, strategic moves to win hearts.

Relying on phone calls will also become more important now that neutral parties are starting to disconnect warring countries from the internet, while aggressors seek to disable opponents’ internet connections. Cogent Communications, a backbone internet provider, announced it will stop passing internet traffic to and from Russia. Its justification is that it does not want to inadvertently transmit cyberattacks or propaganda. Russia’s attempts to disrupt internet flows in Ukraine prompted Elon Musk to donate Starlink terminals, which enable satellite internet connections. So far it has worked, yet experts worry that the Russian military may target such new satellite dishes, as they have in the past. Phone diplomacy does not create such easily identifiable targets for missiles.

Even facing robust internet filters, savvy users can employ VPNs (virtual private networks), Telegram or Tor (The Onion Router) to get to the truth. Yet many individuals within dictatorships don’t know how, so they’re stuck absorbing news fed to them by those who took away their freedom. There are no other options left to get unbiased information into dictatorships besides radio and the phone. The success of radio in diplomacy is widely recognized. Yet democracies have no strategic plan around the overlooked phone. Historically, that made sense given the limited reach and high cost of international calls, which restricted phones largely to spycraft, diplomacy, and military logistics. Unlike the centralization of most national security policy, including Voice of America, phones can now be used in a novel, distributed way on the information front without the baggage of social media.

Many friends and relatives living outside of Ukraine are already calling loved ones inside to see how they are coping. Yet likely many fewer are calling those close to them in Russia to tell them the unaltered truth. Lowering the transaction costs to Americans and also civilians caught in wars to inform others is a modest, yet important form of assistance. With seven in ten Americans living paycheck to paycheck and many countries like Ukraine having a GDP per capita less than one-fifteenth that of U.S. GPD per capita, saving money on a series of international phone calls might lead to more people picking up the phone more often.

The policy is equally about encouraging individuals to realize the importance of appraising their friends and family of what is actually happening. This is critical given that a substantial portion of Russians do not know the real nature of the “special military operation” in Ukraine, and many who are initially informed of the truth by Ukrainian relatives express disbelief. Current social media efforts—such as Ukrainians writing Google reviews for Russian cafes that state “Russian troops have been bombing Kyiv and its peaceful residents”—are not enough. Minds will not be convinced overnight, so friends and family will have to continue their efforts. With 49 percent of Ukrainians saying they have relatives in Russia according to a 2011 poll, the scope of possibilities is significant.

Subsidizing such free calls may also bring more needed attention to repression and conflict abroad. Those suffering can urge Americans, Europeans, and Canadians to lobby their governments to help and news outlets to keep abreast of atrocities worldwide.

Such phone diplomacy is no panacea, but we are tragically short of other options, especially new foreign policy tools. There also appear to be no immediate downsides to such a policy in most contexts. Yet this is not to say that phones cannot be weaponized in certain circumstances. The Rwandan genocide demonstrated how the use of radio—specifically by the Radio-Television Libre des Milles Collines—facilitated a massacre through on-air calls to kill Tutsis—"take your spears, clubs, guns, swords, stones, everything, sharpen them, jack them, those enemies, those cockroaches.” Foreign policy officials quickly knew this to be the case and could have jammed transmissions. Thus, if phone calls were being used for newfound diabolical purposes, we could intervene promptly.

There are risks that such phone calls will be monitored by competent authoritarian regimes, yet many initial calls to friends in a warring nation will be met with skepticism. So, such surveillance will not identify domestic opponents to be rounded up. Further, few dictatorships have skilled, organized bureaucracies to effectively scrutinize a flood of phone calls.

Just as individuals can block calls using international country codes, dictators can also. Ethiopia cut off all internet and phone communication in its northern province of Tigray, while some in Ukraine have already experienced outages. Yet dictators are likely to first block social media apps, which can reach countless individuals and do so more quickly than phone calls. Dictators will also have a harder time convincing citizens why they needed to disconnect phone lines as opposed to implementing internet filters. It is the relative inefficiency and staidness of phones vis-à-vis social media that make them potentially more valuable in such circumstances.

Subsidizing free calls will not be effective in all contexts—for example, a civil war such as Syria has much less scope for phone home diplomacy than a conflict that spills across borders such as in Yemen.

The U.S. government can turn phone home diplomacy into a long-term foreign policy lever. If instead, it was sclerotic in adopting such a policy, foundations can move in swiftly. The Soros Foundation famously provided photocopiers in Eastern Europe before the fall of Communism. A foundation could make a private arrangement with phone companies and publicize the agreements online.

Phones brought us closer together but never divided us like social media. Let’s consider giving them a second lease on life in a novel foreign policy context. If we can’t use them to call dictators to tell them what we think of them, let’s at least call those who we know that are suffering under their regimes.

Martin Skladany is a law professor at Pennsylvania State University who specializes in intellectual property, law & technology, and law & international development. His most recent book is Copyright’s Arc.