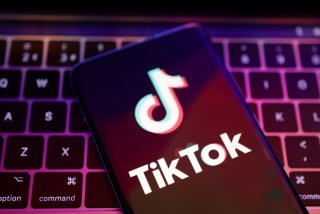 Two years ago, TikTok was not banned, even though the president of the United States wanted it to be. Now, one commissioner of the FCC is the loudest advocate in government for such a ban.

Brendan Carr, a Republican FCC commissioner, wrote a letter to the FCC back in June, calling on Apple and Alphabet to drop TikTok from their app stores. The letter followed a Buzzfeed News report showing that people who work for TikTok’s China-based parent company have more access to users’ data than what has been acknowledged before. Carr acknowledged at the time that such a removal was unlikely.

“I think a lot of people are skeptical that that would happen,” Carr told Business Insider earlier this year. “They could say, 'You’re right. They haven’t been straightforward with their data flows. But we don’t think that rises to the level here of the death penalty.’”

Now, Carr is calling for something further than removal by the app stores—he’s recommending the government ban TikTok.

Carr said in an interview with Axios this week that the Council on Foreign Investment in the U.S. (CFIUS) should ban the popular social media app.

“I don’t believe there is a path forward for anything other than a ban,” Carr told the site, adding that there is not “a world in which you could come up with sufficient protection on the data that you could have sufficient confidence that it’s not finding its way back into the hands of the [Chinese Communist Party].”

TikTok, the site said, is in talks with CFIUS “ to determine whether it can be divested by Chinese parent company ByteDance to an American company and remain operational in the United States.”

TikTok, for its part, retorted to Axios.

“Commissioner Carr has no role in the confidential discussions with the U.S. government related to TikTok and appears to be expressing views independent of his role as an FCC commissioner,” a spokesperson for the company said. “We are confident that we are on a path to reaching an agreement with the U.S. Government that will satisfy all reasonable national security concerns.”

CFIUS was in the news this week for something else concerning a tech company.

Sen. Chris Murphy (D-CT), a frequent critic of Saudi Arabia, called on CFIUS to launch a review of an aspect of the sale of Twitter to Elon Musk, in which the consortium of the Kingdom Holding Company (KHC) and the private office of the Saudi Prince Alwaleed bin Talal combined are the second-largest shareholders. KHC and Prince Alwaleed owned a stake of similar size when the company was still public.

“We should be concerned that the Saudis, who have a clear interest in repressing political speech and impacting U.S. politics, are now the second-largest owner of a major social media platform,” Murphy wrote on Twitter. “There is a clear national security issue at stake and CFIUS should do a review.”