Twitter Lawyer: Musk Failed to Make the Case About Bots 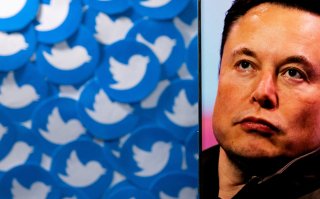 The case of Elon Musk, and his quest to get out of buying Twitter at the agreed-upon price, is ultimately about whether Musk has the right to do so. Musk appears to believe that the case is about whether he can prove that Twitter has more bots than it claims to have, though it’s unlikely that such revelations would even represent a violation of the merger agreement.

Now, Twitter is stating that what Musk claims about the bots isn’t true.

According to Insider, Twitter claims that Musk’s own side’s analysis of the bots doesn’t bear out Musk’s claims. Twitter’s lawyers say a pair of firms hired by Musk, Cyabra, and CounterAction found, respectively, that Twitter’s accounts have a bot percentage of 11 percent and 5.3 percent. Musk has claimed that the number is over 20 percent.

Twitter has long claimed, including in public filings, that the number of  MDAUs (monetizable daily active users) is less than 5 percent. However, the MDAU figure does not represent all Twitter users. In fact, the figure is a post-anti-spam measure calculation.

Twitter’s attorneys claim both claims are “very much in line with Twitter’s claims… None of these analyses remotely supported what Mr. Musk told the Twitter parties and told the world in the termination letter he served up on July 8.”

"If there are any analyses that exist that actually substantiate what Mr. Musk told Twitter and told the world, they certainly have not been produced in discovery in this case,” the attorney continued.

Another report this week, from New York Magazine, called Tuesday’s hearing “clearly a disaster for Team Musk, filled with unforced errors and picayune arguments that seemed designed to waste the court’s time.”

In the hearing, Twitter’s side asked the judge to censure Musk for destroying evidence concerning some self-deleting Signal messages he used to communicate with investors.

Additionally, the magazine reported that Musk’s bank, Morgan Stanley, wanted no part of a lawsuit against Twitter.

That bank, the report said, “retained counsel because, after Mr. Musk’s tweet purporting to put the deal on pause, Morgan Stanley concluded that there would likely be litigation and didn’t want to have anything to do with that. And so Mr. Grimes testified that, in their professional judgment, it ‘would not be appropriate for us to be in the middle of that, so we extracted ourselves.’”

The banker’s name was Michael Grimes, presumably no relation to the singer Grimes, who is the mother of two of Musk’s children.

The trial is scheduled to get underway in Delaware on October 17.