The United States Has Fallen Behind China on Artificial Intelligence 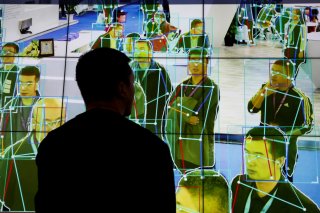 According to U.S. intelligence reports, China successfully convinced Russia to delay its invasion of Ukraine until after the Beijing Olympics. China has denied the accusations, but reports suggest that however the current crisis in Ukraine ends, Moscow is likely to end up as Beijing’s junior partner on the international stage. There’s no doubt that China has become the United States’ major competitor.

The recent Beijing Olympics showcased one particular threat, as China trotted out new artificial intelligence (AI) and robotics technologies with vital relevance to Washington’s current geopolitical tensions with Beijing. From driverless buses to high-speed rail powered by 5G, advanced Chinese technology was featured front and center. Indeed, the digital currency-only games, focused around the e-CNY currency which has already been picked up by some 140 million people, were a little peek into a reality that China has embraced while the West has dithered.

As the recent Olympics emphasized, AI is a driving obsession for China. The robot chefs making burgers at Olympic facilities and the smart beds measuring athletes’ vital statistics weren’t just gimmicks for the cameras: they’re a symbol of how China has quickly eclipsed the United States when it comes to the deployment and use of AI technologies.

China is doubling down on next-generation tech in general and AI in particular, while the United States is falling behind—to such an extent that the Pentagon’s first chief software officer Nicolas Chaillan resigned last fall in protest over the slow pace of technological transformation in the United States, saying that “we have no competing fighting chance against China in 15 to 20 years.”

According to Chaillan, there’s no way Washington is going to catch up to Beijing’s cyber and AI capabilities. Many experts concur—Graham Allison, of the Belfer Center, recently noted that many American officials are far too complacent about Western supremacy in technology, while Pakistani researcher Ruqayya Anwer wrote in an op-ed earlier this year that “China has won the AI battle with the U.S. and is on its way to world supremacy.” In particular, Anwer concluded that China will vastly dominate any number of strategic technologies, including AI, within a decade or two.

The West has offered plenty of excuses for lagging behind on AI, not least arguments about how Communist China doesn’t have the same ethical standards and privacy concerns as Europe and North America. The truth, however, is that AI will be increasingly key to the future of national power and cohesion. In stark terms—if the United States wants to preserve its values and keep pace with China, it needs to get very serious about AI, very fast.

Up until now, that has simply not been the case. Successive American administrations have let AI languish—and, as a result, even American-based AI firms are looking abroad for business. Take NASDAQ-listed Remark Holdings, for example. Remark is doing crucial work by developing AI-based solutions such as its platform which uses computer vision to monitor transport corridors like Florida’s Brightline Rail—the United States’ deadliest railway per mile—and make them safer. Nevertheless, Remark Holdings currently generates the majority of its revenue in China—for one simple reason, the fact that China has a history of valuing and prioritizing AI, while the United States doesn’t.

As for the military side of things, the United States is far behind. Only now is the American military properly stepping away from its longtime use of Chinese-manufactured DJI drones and using American-made AI drones, from U.S. manufacturer Skydio, instead. That’s a bit late to the party, to say the least, given the fact that security concerns have persisted for years over using Chinese technology in sensitive sectors.

While the U.S. Department of Defense has increasingly committed to developing American-made AI tools, leading figures like former Deputy Secretary of Defense Robert Work are clear about the challenges ahead, noting that “America is not prepared to defend or compete in the AI era.”

Economically, letting AI fall to the wayside is also incredibly shortsighted and negligent. From farming to manufacturing, artificial intelligence could give humans an assist, helping them do their jobs faster and more efficiently—yet while China leaps ahead in this regard, the United States keeps on taking half measures.

It’s time to take real steps to turn that around. The House and Senate both seem confused and unsure about how to truly meet China’s rising AI prowess, but there should be a bipartisan drive to take a quantum leap forward in funding and promotion of AI if the United States wants to maintain its leading position in the twenty-first century.

More specifically, putting AI at the forefront while also successfully addressing ethical concerns requires leaning on America’s strength in technology infrastructure and focusing on getting people familiar and enthusiastic about AI, including by funding more departments at universities and other institutions.

There is also significant potential for the United States to team up with partner nations in NATO for co-funding research and investment opportunities on AI. The United States doesn’t really have an adequate intellectual supply of professionals in the machine learning and AI field, which is why NATO partnerships as well as teaming up with nationals from places like India is a potentially promising proposal.

Educating the American public on the importance of keeping up in the AI race will be critical. As Gregory Dawson and Kevin DeSouza from Brookings recently observed, the American population seems to either view AI “as a futuristic utopia or an impending disaster”—with little nuance in the middle.

“Without a realistic view of the world of AI,” they argued, “the populace is unlikely to understand the need for engagement, and the prospects that the industry sector offers”.

What’s clear is that the United States can no longer afford to fall behind in the AI race, which is shaping up to be the twenty-first-century equivalent of the space race. American officials can’t talk seriously about national security and securing the future if they’re going to continue treating civilian and military applications of AI as an afterthought.