Verizon to Send Flip Phones to those Who Still Use 3G 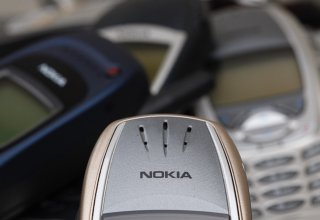 You might not think many people still use 3G phones or flip phones, but with 3G networks being shut down later this year, one carrier is working on a special program to make things easier for those with older phones.

“Verizon is shutting down our old 3G CDMA network and sending select customers a free, new basic "flip phone" that works on our 4G LTE network,” Verizon said in an FAQ on its website.

But what if the customer wants to keep their old phone?

“The 3G CDMA network your old phone uses will be retired by the end of 2022. Without that network, your 3G phone won't work. That's why Verizon is sending you a free 4G LTE phone to replace it. Your new phone will use the Verizon 4G LTE network,” Verizon said on the FAQ page.

With the 3G network being “retired” by the end of this year, the company will send affected customers a new free 4G LTE Orbic Journey V, TCL FLIP Pro, or Nokia 2720 V Flip phone. The phones will be sent automatically, although customers are able to decline the free phone. Customers will also have the option to get ahead of the shutoff by purchasing a non-flip phone.

Those who receive the new phones will have a chance to recycle their old ones. Unfortunately, according to The Verge, those three phones aren't exactly acclaimed.

“All three have received overwhelmingly negative reviews on Verizon’s website, with the highest averaging two stars. These are very basic phones, after all. The company also notes that customers can exchange the free phone for something else after receiving it. Phones will automatically be activated 30 days after being sent out if customers fail to do so on their own,” The Verge said.

Other carriers have done similar things. AT&T sent Samsung smartphones last year, to get ahead of their own 3G shutoff.

The FCC has laid out what will happen with the different scheduled shutoffs of 3G networks.

“Mobile carriers are shutting down their 3G networks, which rely on older technology, to make room for more advanced network services, including 5G. As a result, many older cell phones will be unable to make or receive calls and texts, including calls to 911 or use data services. This will affect 3G mobile phones and certain older 4G mobile phones that do not support Voice over LTE (VoLTE or HD Voice),” the agency said.