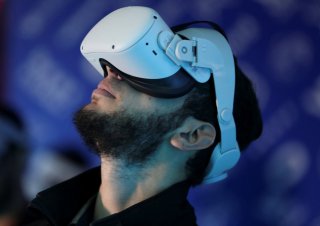 The metaverse is on its way. As with other technical advancements, it presents both new potential and threats.

The metaverse is a virtual reality internet where users can freely move from one virtual environment to another and interact with digital things and digital representations of themselves and other users. It may also involve augmented reality, which is the blending of virtual and physical worlds by depicting people and items from the physical world in the virtual and by bringing the virtual into people’s views of physical locations.

People will be able to wear virtual reality headsets or augmented reality glasses in social, religious, and professional settings, blurring the lines between digital and physical. People’s offline and online lives will complement each other, allowing them to find deeper meaning and more fulfilling experiences in the metaverse. Herein is the dilemma.

When people develop an affection for anything, whether digital, physical, or a combination of the two, removing it from their lives can bring emotional grief and suffering. To put it more precisely, the things that people hold most dear can be exploited by others who aim to bring harm. People with ill intentions already know that the metaverse is a possible addition to their arsenal. It opens up fresh possibilities for radicals to exert their control over others through coercion, threats, and intimidation. There is a risk that terrorist organizations will establish a foothold in the metaverse. Experts predict that the rise of the metaverse will create new weaknesses and exploitable opportunities. Here are three ways in which the metaverse will hamper efforts to combat terrorism and violent extremism.

First, online recruiting and engagement are defining characteristics of contemporary extremism, and the metaverse threatens to amplify this potential by making it easier for individuals to meet. Extremist leaders have a new ability to create and maintain virtual ideological and social communities, as well as powerful, difficult-to-disrupt means of extending their ranks and domains of influence, thanks to the emergence of the metaverse.

Second, the metaverse provides new means of coordinating, planning, and executing destructive activities over a large membership. With adequate surveillance and information collection, extremist leaders could develop virtual worlds with representations of any actual structure, allowing them to guide adherents along routes leading to crucial goals. Members might learn viable and efficient routes, arrange alternate routes if some are blocked, and build numerous contingency plans in the event of unforeseen circumstances. When executing an attack in the real world, augmented reality elements such as virtual arrows can lead and identify marked targets for violent extremists.

Violent extremists can plot from their living rooms, basements, or backyards, all while establishing social ties, gaining their peers’ trust, and appearing to others in their chosen digital avatars. Due to their time spent in the metaverse, these extreme groups are likely to be better prepared than today when their leaders issue orders for action in the real world.

Lastly, with the introduction of new virtual and mixed-reality venues comes the possibility of new objectives. In the same way that buildings, events, and people can be injured in the actual world, the same can be done in the virtual world. It may be simple to dismiss the dangers of this hybrid virtual and physical reality by asserting that it is not real and, thus, irrelevant.

Destruction of an augmented or virtual reality firm results in actual financial loss. As with physical locations, virtual settings can be planned and crafted with care, and as a result, they have the same value that people ascribe to objects they have committed time and effort to create. Further, as technology becomes smaller and more incorporated into people’s daily lives, it may become more difficult to simply turn off the metaverse and disregard the harm.

How, then, should these developing dangers and weaknesses be countered? It is legitimate for businesses to assert that hatred or violence will not be tolerated or that extremists will be discovered and excluded from their virtual venues. But one has to be wary about their veracity, particularly in light of recent disclosures about Meta’s hazardous activity on Facebook, Instagram, and WhatsApp. It is possible to benefit from hatred and division.

Countering terrorism in the metaverse will likely require a multifaceted approach that incorporates both proactive and reactive measures. One potential proactive measure is the creation of virtual environments that actively discourage extremist activity and promote alternative ideologies and values. This could involve the development of virtual communities and events that provide positive social connections and counter extremist messaging. Reactive measures could include increased surveillance and information collection to identify and disrupt virtual extremist activity, as well as the development of strategies for responding to and mitigating the consequences of virtual attacks. It will also be important for policymakers and security experts to anticipate and address potential vulnerabilities in the metaverse, such as the ability for extremist leaders to extend their ranks and domains of influence or to coordinate and execute destructive activities with larger memberships.

Even though the arrival of a fully functional metaverse is still a few years away, the potential threats posed by the metaverse require immediate attention from a wide range of individuals and organizations. These individuals and organizations include academic researchers, those responsible for developing the metaverse, and those charged with protecting society. The threats require as much, or more inventiveness in relation to the metaverse than those with evil intentions are likely to display. We need to prepare for this upcoming world.