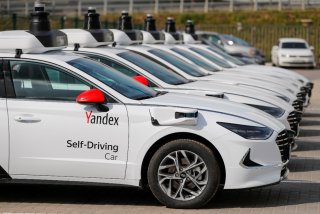 Self-driving cars, looked upon five or ten years ago as the wave of the immediate future, have somewhat stalled out of late, driven by concerns about safety, and the technology’s lack of scalability, at least up to this point. However, one major player in the tech world is readying for a major launch.

Waymo, the self-driving company that’s part of Alphabet (parent company of Google), announced Wednesday that it is readying to launch Waymo One, its taxi service, in Los Angeles.

The service, per CNBC, will begin with safety drivers in the cars, and later with “Waymo employees as riders.” It’s not clear what the timetable is for the launch.

“Los Angeles will be Waymo’s next ride-hailing city, joining Phoenix and San Francisco as we expand to more locations,” Waymo said in a blog post. “We’ve gotten to know many LA neighborhoods, including Downtown and Miracle Mile, Koreatown, Santa Monica, Westwood, and West Hollywood, and we’ll begin driving autonomously in several central districts over the coming months as we prepare to serve Angelenos,”

“When we think about our next cities, Los Angeles jumps out,” Waymo’s co-CEO Tekedra Mawakana said in the post. “LA is a remarkable, vibrant place – and Waymo’s experience leaves us best positioned to tackle its driving complexity. We’re working closely with Angelenos to ensure we’re addressing the transportation needs and priorities of their communities as we bring the Waymo Driver to LA.”

The deal has the support of Los Angeles’ mayor.

"If we want to change the car culture in Los Angeles, we need to give Angelenos real alternatives to owning their own vehicle – including a world-class public transportation network, a range of active transportation options, and the convenience of mobility as a service across our City,”  Mayor Eric Garcetti said in the announcement. “By adding Waymo to our growing list of ways to get around, we’re making good on our commitment to ease congestion on our streets, clean our air, and give people a better way to get where they need to go.”

Waymo was founded in 2009, when it was known as “the Google self-driving car project,” and has been called Waymo since 2016.

Its founder, Anthony Levandowski, left in 2015 and later joined Uber’s own self-driving car initiative, leading to a lawsuit by Google and Levandowski’s subsequent criminal prosecution and conviction for trade secret theft. Then-President Donald Trump eventually pardoned Levandowski on his last day in office in 2021.