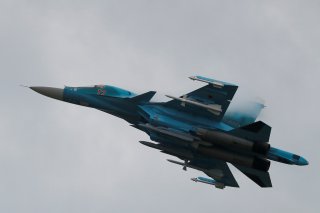 Generally speaking, cyber is the dog that hasn’t barked in the war between Russia and Ukraine. Many commentators expected Russia to conduct massive cyber-attacks against Ukraine and against Russian critics in the West, potentially causing serious economic damage.

But in addition to revealing certain realities about cyber conflict, the war may also change patterns of behavior. Over the past two decades, hackers operating at the behest of the government of the People’s Republic of China (PRC) have opened up new cyber-frontiers by specializing in the theft of intellectual property (IP), including patents and trade secrets. Russia, despite becoming internationally renowned for harboring and cultivating gangs of cyber-criminals, has been far slower on the trigger with respect to IP theft. Now that sanctions have isolated Russia from the international technology ecosystem, could we see a change in the behavior of Russian hackers?

During the Cold War, the USSR undertook a dedicated effort to steal as much Western technology as it could and to integrate that technology into its industry. Contrary to the most optimistic assessments of early Communists, while the Russian economy could produce at magnificent levels it could not innovate fast enough to keep up with the West. This was in part the consequence of differences between Communist and capitalist approaches to technological innovation, and in part the consequence of the far larger and more diverse economic ecosystem that the West enjoyed. Nevertheless, the Soviet government consistently identified areas of internal weakness and potential targets of appropriation in the West. The USSR bought technology when it could, and when it couldn’t (because of strict export controls imposed by the United States) it did its best to steal. This effort had notable successes but failed in the overall effort to keep Soviet industry competitive with the United States in fields such as software and computing technology.

Russia more or less joined the global technology community after the end of the Cold War, adopting intellectual property laws that met international standards. Russia was never a model IP citizen, but it did well enough to earn some investment from global technology giants. At one point the Russian government compensated for the shortage of intellectual property attorneys by facilitating the efforts of companies to protect their own IP abroad by hiring foreign law firms.

The War Changes Everything

Shortly after the Russia-Ukraine War began and sanctions began to hit, Russia announced that it would no longer participate in the global intellectual property protection regime. Russia has historically been a decent, if not great IP citizen. Foreign companies in Russia enjoyed some protection from local predation based on World Trade Organization and the Trade-Related Aspects of IP Rights (TRIPS) agreements. Moscow’s behavior was far from perfect, but it did allow Russia to participate in certain global supply chains and allowed Russians to profit from their own intellectual work in foreign countries (whether patent or copyright).

Russia’s decision to abandon compliance with the regime has potentially huge implications for its ability to participate in the global technology ecosystem. Russia is now, in many ways, cut off from the international technological environment. Russia’s decision to remove itself from the global patent system essentially amounts to self-isolation. Russian industry access to modern technological innovation will be starkly limited.

Does this mean we’ll see a flurry of Russian attempts to use cyber-tools to steal Western intellectual property? Maybe, but maybe not. Historically, the theft of intellectual property has not been high on the list of Moscow’s cyber-warriors. China has built out an entire institutional infrastructure of IP theft. The Chinese structure has distinct organs capable of identifying how key technologies can contribute to the PRC’s innovative industries, how the firms that control these technologies can be courted or attacked, and then the technologies themselves integrated into China’s industrial base.

Russia has much less of this, in part because Russia’s economy has become more extractive and less industrial than during the late years of the Soviet Union. It does Russia’s hackers no good to steal Western IP if there is no significant innovative industry into which that IP can be integrated. Moreover, Russia’s defense industrial base has focused mostly on producing and upgrading legacy systems.

There is no question that Russia has the computing talent to reorganize its cyber-efforts around IP theft. However, the Russian government will need to build out the institutional bureaucracy to support such an effort. IP theft isn’t as simple as stealing the blueprints to an F-35; efforts to acquire new technology have to be integrated into a general strategy of innovation, with buy-in from government and industry. Stealing isolated trade secrets, patent applications, or even secret patents doesn’t help if there’s not a bureaucracy that can redirect that information to an industry that can use it. Russia has certainly pursued strategies of IP theft in the past, identifying particular foreign technologies that it could either buy or steal through traditional, pre-cyber techniques. It’s not obvious, however, that such a bureaucracy survived the fall of the Soviet Union, when it became easy for Russians to simply buy the most advanced technologies on the planet.

Much of this story remains to be written. Russia will need to adapt to a technological situation that it has not faced since the late 1980s, and at a time when the United States and its allies have grown more protective of their own intellectual property. It would not be surprising at all to see Russia restructure its cyber-efforts toward IP theft, but it will take some time before Moscow can see results of the sort to which Beijing has become accustomed.