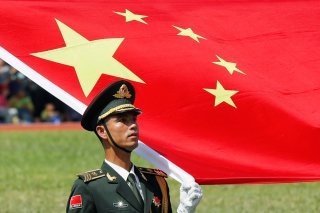 Most states desire some influence over the cyber domain. China is no different. Nearly a decade ago, China clearly articulated its aims to be a “cyber superpower,” a status that suggests at least some willingness to vie for power with the United States. This ambition suggests that, at the time, China planned to transform from being a “major cyber country” into a “cyber superpower.”

China has been transparent about its cyber grand strategy and the centrality of that strategy to its overall plan for maintaining a stable Chinese state. In 2017, a research institute of China’s chief cyber legislative body, the Cyberspace Administration of China, soberly declared in a leading Chinese Communist Party (CCP) journal, “if our party cannot traverse the hurdle represented by the Internet, it cannot traverse the hurdle of remaining in power for the long term.” In 2018, President Xi Jinping stressed that without cybersecurity there is no national security. With the U.S. director of national intelligence describing China as a “near peer competitor” just last year and some indices placing China just behind the United States in terms of cyber power, China’s rise in influence in the cyber domain is undeniable. China’s ambitions to become a cyber superpower have seemingly been realized.

The concept “cyber superpower” is multifaceted, incorporating not only the destructive cyber-attacks that grab headlines across the world, but also a state’s cyber defenses, influence over the information domain, surveillance, espionage, influence over global cyber norms and technical standards, and commercial technological competence. The United States remains in the lead across many of these aspects of cyber power, but China’s influence over global technologies through its efforts in global governance and its technological trade with the developing world could cement a new position for China as the cyber superpower in the long term.

China’s desire to affect global governance, particularly in the cyber domain, was articulated in 2015 at the China-hosted “World Internet Conference” in Wuzhen. Xi called on countries to respect each other’s cyber sovereignty, a phrase which implies a government’s right to choose how to develop and regulate the internet within its borders. China’s technological efforts to control its domestic cyber domain are well understood and far reaching. Measures include the Great Firewall, which blocks foreign services such as Google, Facebook, and Twitter, to content removals of posts that criticize CCP policy. Freedom on the Net’s reports on the state of conditions for internet users in China outline its profound oppressiveness. The Chinese government’s measures and ultimate goal are, of course, in many ways in direct opposition to the United States’ vision of open, free, and bottom-up governance of the internet.

Internationally, China has invested significantly in another component of cyber power—shaping the global digital ecosystem to its vision. One way to enforce rules in digital ecosystems is through influencing international technical standards—specifications by which products, services, and processes are standardized so that they are interoperable across borders. The U.S. government’s approach to influencing technical standards, in contrast to China, is more hands-off, preferring industry to lead the standardization efforts. Influencing the international standardization system does not appear to have been a strategic priority for the U.S. government, which is what has perhaps paved the way, over the past decade, for Chinese candidates to stand at the helm of several leading international standards development organizations (SDOs), from the International Organization of Standardization to the International Electrotechnical Commission and the International Telecommunications Union. The divergence in approach between the Chinese government and other governments is most problematic in the International Telecommunications Union telecommunications standardization sector (ITU-T), a multilateral standards development organization, where the power lies in national governments with one state, one vote. The absence of U.S. leadership in this forum and increasing Chinese dominance in the ITU-T was notable and came to a head when China proposed “New-IP”—a replacement protocol for the current foundation of the global internet. There was significant opposition to China’s efforts to reshape the foundation of the internet by the Internet Society, the parent organization of the SDO responsible for standardizing the current internet protocols, as well as a coalition of Western governments. New-IP in its original proposed form has now been put to bed, and in 2021 there was a flurry of activity by the United States and its allies to collectively champion the industry-led, consensus-based, multistakeholder approaches to international standards development in opposition to China’s influence in SDOs. These efforts can be observed and followed through announcements made by the Quad, the G7, and the EU-U.S. Trade & Technology Council.

However, these coalitions will not be enough. Influencing international technical standards is important, but what really matters is adoption in the market. This is where China’s Digital Silk Road (DSR), a sub-component of the 2015 Belt and Road Initiative (BRI), will help China realize its ambitions to become the cyber superpower. In 2016, Chinese media reported that China had concluded memorandums of understanding with sixteen countries on DSR construction. Through the DSR, Chinese tech companies are supported to gain footholds in politically unstable markets where other companies might not venture due to limited short-term commercial upside. This support from the Chinese government thereby lays the foundation for a technological path dependency on developing markets for Chinese technology which could result in many years of trade and services to maintain and upgrade these digital ecosystems.

Influencing both the international technical standards from the top and having the industry to adopt and proliferate these standards on the ground are needed to shape digital ecosystems. The relative absence of non-Chinese tech companies in developing markets is a weakness for the United States and its allies. And while the United States and its allies individually may not have the same types of technology companies on their own, together they might. While it is more difficult for American and European governments to plan long-term strategies to stay ahead technologically, it is imperative they do so with regard to China or else they may inadvertently leave the door wide open for China to become not only a but the cyber superpower.

Julia Voo is a Cyber Fellow at Harvard University’s Belfer Center for Science and International Affairs.