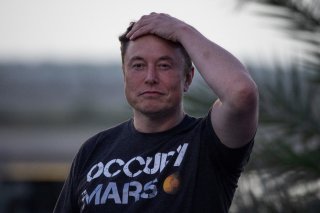 Since taking over Twitter, Elon Musk has made a lot of changes, many of them not so well-received by the site’s user base and advertisers. Another possibly imminent change was announced Monday when Musk vowed to eliminate what is known as “source labels” on tweets. Those are the notations that say “Twitter for iPhone.”

"And we will finally stop adding what device a tweet was written on (waste of screen space & compute) below every tweet," Musk said. “Literally no one even knows why we did that …”

That feature has had some funny results over the years, such as the numerous occasions when famous people who have endorsement deals with iPhone rivals have been caught with the “Twitter for iPhone” label on their tweets. Or when a tweet very critical of Apple has that note too.

Musk said in the same series of tweets, “part of today will be turning off the ‘microservices’ bloatware. Less than 20% are actually needed for Twitter to work!” This led many, inside and outside of the company, to speculate that much of that “bloatware” is there for a reason and that removing it could lead to bad things happening to the site.

Indeed, some users noticed, hours later, that Twitter’s two-factor authentication seemed to be no longer working.

Meanwhile, a Platformer story Monday night showed that Musk was warned that his quick implementation of the new version of Twitter Blue, in which users were allowed to pay $8 a month for blue checkmarks, was unlikely to work.

The company’s trust and safety team, the report said, had given Musk a “seven-page list of recommendations intended to help Musk avoid the most obvious and damaging consequences of his plans for Blue.”

“Motivated scammers/bad actors could be willing to pay … to leverage increased amplification to achieve their ends where their upside exceeds the cost,” the document said. “Impersonation of world leaders, advertisers, brand partners, election officials, and other high profile individuals” also represented a risk to the company, while “legacy verification provides a critical signal in enforcing impersonation rules, the loss of which is likely to lead to an increase in impersonation of high-profile accounts on Twitter,” it added.

All of these things happened once the new Twitter Blue launched, with numerous viral posts impersonating people and brands embarrassing the company, causing advertisers to flee and Musk to change the company’s rules on the fly.

“Given that we will have a large amount of legacy verified users on the platform (400K Twitter customers), and that we anticipate we’ll need to debadge a large number of legacy verified accounts  if they decide not to pay for Blue, this will require high operational lift without investment,” the document also said.