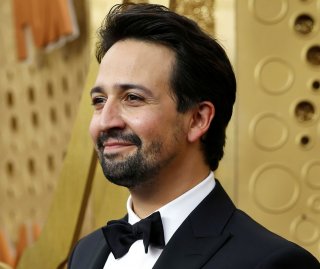 Hamilton, the movie version of Lin-Manuel Miranda’s popular Broadway musical about the life of founding father Alexander Hamilton, made its debut on Disney+ July 3. The movie, filmed live on stage in 2016, had originally been slated for a theatrical release in October of 2021, but once the coronavirus pandemic hit, Disney moved its release up by more than a year, and put it exclusively on the streaming service.

It’s not clear, based on available data, exactly how many people have watched Hamilton since its arrival on Disney+. The company has not announced any official viewership figures, nor has it said anything about how many subscribers the service has added. It’s expected that Disney will deliver an update on that subscriber count when they next announce quarterly earnings, the first week of August.

Meanwhile, Variety reported, citing Apptopia data, that the Disney+ app was downloaded more than 750,000 times globally and nearly 459,000 times in the United States during the first three days that Hamilton was available on the service. Those represented a 74 percent increase over the downloads the app received in a typical weekend over the course of the previous month, although not every one of the downloads necessarily represented a new subscriber.

Now, another new analysis shows that Hamilton had an even greater impact on Disney+ subscriptions than previously believed.

A report released over the weekend by Antenna Analytics found that the amount of signups to Disney+ on Hamilton’s debut date of July 3 represented a 641 percent increase over the same time period as the Apptopia estimation. Apptopia, of course, only measured app downloads, as opposed to signups.

In fact, per the data, the debut of Hamilton represented “the biggest weekend in 2020 for any Premium Entertainment SVOD service. The number of Sign-ups to Disney was two-to-three times greater than other major events including the NFL Playoffs (CBS All Access) and hit shows like Outlander (Starz) and Billions (Showtime).”

Antenna also found that the majority of those who sign up for streaming services are doing so not through mobile apps, but rather through connected TVs.

That happened even as Disney announced, shortly before Hamilton’s arrival, that it was dropping its offer of a seven-day free trial.

“Every new household that Signed-up to watch Hamilton paid the $6.99 “ticket price,” the Antenna blog post said. “And for those who stick around for months to come—and many will—that ticket price will increase over time.”