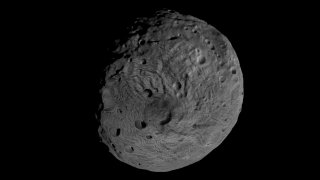 Some 66 million years ago, a mammoth asteroid the size of a city smashed into Earth with the power of 10 billion Hiroshima atomic bombs on the eastern coast of present-day Mexico, resulting in the 110-mile-wide Chicxulub crater and eventual extinction of about 75 percent of all plant and animal species on the planet.

According to a recent study published in the journal Nature Communications, an international team of scientists—from Imperial College London, the University of Freiburg in Germany and The University of Texas at Austin—successfully tapped into next-gen 3D simulations to get a better understanding of that extinction-level event. High-performance computing facilities provided by Hewlett Packard Enterprise were used to process the data.

What the data showed was that asteroid likely came from the northeast at an angle of 40 to 60 degrees, and this particular trajectory helped amplify the amount of climate-changing gases released into the air. Many scientists originally believed that the asteroid struck at a 90-degree angle, but this was “unlikely,” the study noted.

“The asteroid strike unleashed an incredible amount of climate-changing gases into the atmosphere, triggering a chain of events that led to the extinction of the dinosaurs. This was likely worsened by the fact that it struck at one of the deadliest possible angles,” the study’s lead author Gareth Collins, a professor of planetary science at Imperial College London’s Department of Earth Science and Engineering, said in a statement.

“We know that this was among the worst-case scenarios for the lethality on impact, because it put more hazardous debris into the upper atmosphere and scattered it everywhere—the very thing that led to a nuclear winter.”

Such a colossal impact likely unleashed billions of tons of sun-blocking soot, sulfur and other gases into the atmosphere, which eventually cooled the Earth’s climate.

In settling on their conclusion, the team of researchers examined the crater’s shape and structure and the extracted rocks that provided evidence of the incredible forces produced by the asteroid’s impact.

Such information and data helped the scientists create a model that could simulate how the massive crater was formed. After carrying out nearly 300 different simulations, they concluded that the 60-degree trajectory is the strongest candidate because of a connection between three distinct points in the crater.

The Chicxulub is the only well-preserved peak-ring crater on Earth, but this type of crater can be seen on other planets and moons in the inner solar system.