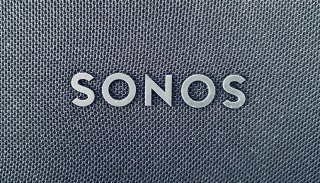 Soundbars have become a more popular accessory in recent years, in providing audio for home theater setups. The year 2020 saw the arrival of several new products in the category, including many with Dolby Atmos capability.

So what are the best soundbars available on the market today?

RTINGS’ choice for the top available soundbar is the Samsung HW-Q950T, giving it a “mixed usage” score of 8.1 out of 10.

“The Samsung HW-Q950T is the best soundbar that we’ve tested. This premium and well-built 9.1.4 setup consists of a long bar, a wireless subwoofer, and two satellite speakers. If you’re a film fan, this bar also supports Atmos, so you can get an immersive surround sound experience,” the site said.

“This impressive and well-built setup has a wireless subwoofer plus two wireless satellite speakers that can detach from the main bar and be placed around the room,” the site said. “The satellites are also advertised to have up to 10 hours of continuous playtime, although we don’t currently test for this.”

“While all this might sound complicated, the Sonos Arc setup couldn’t be simpler, involving just a couple of steps on the smartphone app. The minimalist cable connections and all-in-one system construction add to this no-fuss feeling and streamlined aesthetic—making it the best soundbar you can buy in 2020.”

CNET, on their list, picked different soundbars at different price points. For the best over $1,000, the site picked the Sennheiser Ambeo soundbar.

“If you simply must have the fewest number of boxes and remotes in your living space and yet demand the best Atmos quality sound performance you can get, this Sennheiser speaker is your guy,” the site said. “It’s a single unit, without a subwoofer, but it’s able to conjure up the most realistic overhead and true surround sound effects we’ve ever heard. It’s also controlled entirely via remote control.”

The next-lowest price point, according to CNET, was Vizio’s Elevate, which was picked as the best soundbar available for under $1,000.

“The Vizio Elevate’s main draw may be its motorized height speakers, but once you get over their novelty you’ll find that the speaker system also sounds great. The separate sub and height-enabled rears really help pull it ahead of the Sonos Arc sonically,” the site said.