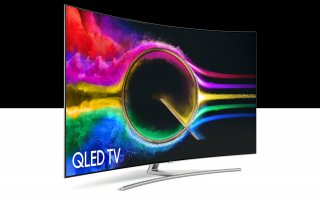 Thanks to Samsung’s seemingly never-ending ad campaigns over the past several years, QLEDs now must be included in any meaningful conversation about HDTVs.

Sure, QLED TVs have filled a certain niche and they have a loyal customer following, but not everyone is delighted after making a QLED TV purchase. Here are five reasons why.

First off, let’s look at the price points of QLED TVs. Yes, they are priced hundreds of dollars cheaper than their OLED counterparts, but you’ll also be getting inferior picture quality.

One of the best options out there right now is the $650 Samsung 50-inch Q60 Series. But when compared to similar TVs on the market, it does seem like you’re overspending. Take a quick gander at some Hisense and TCL models, which are comparable in picture quality but cost up to $200 less.

Second, let’s answer that one important question: Is the picture quality that great on a Samsung QLED TV? Well, there really isn’t a simple answer. It all depends on what kind and how much of ambient lighting is in the room and whether you use it for movie watching or gaming. It will likely come down to personal preference.

What we do know is that a QLED TV is just an LCD TV with quantum dots, which are microscopic particles that when hit by light, emit a certain different colored light. The source of this light is the LED backlight, and that light must pass through more layers, such as the LCD layer, to produce the images on the screen.

Third, there’s that backlighting that can really annoy consumers. With OLED TVs, we seem to have moved on to better next-gen tech, namely self-emissive pixels. But with QLED tech still relying on backlighting, it seems like it has already reached its max potential in terms of picture quality, not to mention that you’ll be paying higher electricity bills due to the TV producing 1,500 to 2,000 nits of brightness compared to having a more energy-efficient OLED TV.

The fourth reason can be blamed squarely on Bixby, Samsung’s built-in digital assistant. As many QLED owners will be quick to point out, Bixby doesn’t come close to the skills of Google Assistant or Amazon Alexa, which can be found on rivals from LG to Sony. The latest generation of Samsung TVs, though, is able to respond to voice commands issued via Amazon Alexa and Google Assistant smart speakers.

Finally, let’s not forget about the lack of competition in the QLED tech arena. It seems like 90 percent of the time, any mention of QLED will immediately bring to mind Samsung. Yes, other companies like Vizio and TCL have taken and run with this newfound technology, but without that full-fledged competition to push forward the innovation, it seems like QLED tech is idling for the time being.