5G Is Just Arriving, But 6G Is Already in the Works 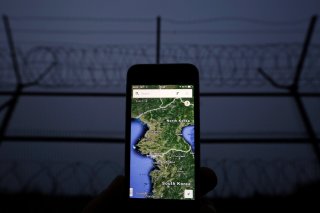 Throughout the year 2020, the deployment of 5G networks has accelerated across the United States, and at the same time most major smartphone manufacturers have been bringing out 5G phones. Samsung, LG and other introduced the phones over the course of 2020, and Apple has finally brought out its long-awaited lineup of 5G iPhones this fall.

While there’s been some concern, especially in reviews of new devices, that the networks aren’t quite up to par yet, 5G networks are expected to become more robust as time goes on, even as silly conspiracy theories have spread about 5G being dangerous or even responsible for the spread of the coronavirus.

But just as 5G arrives, the tech industry is already laying the groundwork for its eventual successor, 6G.

This week, they announced that they have added some “Founding Members” to its “Next G Alliance,” which it described as “an initiative that will advance North American mobile technology leadership in 6G and beyond over the next decade, while building on the long-term evolution of 5G.”

The alliance will meet next week, in order to form a Steering Group and Working Group.

“Our Founding Members represent leading industry stakeholders driving innovation in the mobile ecosystem,” ATIS President and CEO Susan Miller said as part of the announcement. “As part of the Next G Alliance, they demonstrate their commitment to setting the course to advance North American mobile technology leadership into the future.”

The organization’s goal, per the announcement, is to “set the foundation for a vibrant marketplace for North American innovation in future generations of mobile technology,” and to “establish North American preeminence in the 5G evolutionary path and 6G development.”

According to a CNN Business analysis published in early 2020, no one quite knows at this early date exactly what 6G will look like, except that it will probably arrive in the 2030s, and that it will be faster than 5G.

Author Thomas S. Rappaport, of NYU Wireless, wrote that it’s expected “6G will usher in the ability to send wireless signals at the rate of human computation.” Rappaport added that “6G could mean that human intelligence could eventually be sent over the air instantaneously.”