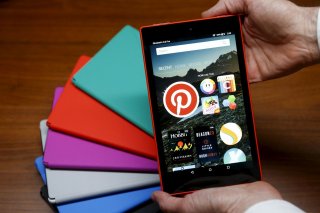 Since 2012, Amazon has been making and releasing Fire tablets, which the company has positioned as a lower-cost alternative to the iPad and Android tablets, running on a “forked” version of Android called Fire OS.

On Wednesday, Amazon announced the latest updates to the Fire HD line. It starts with the new Fire HD 8, which retails for $89.99. For that model, the company touts up to 12 hours of battery life, USB-C charging and 2GB of RAM.

Also new from Amazon is the Fire HD 8 Plus, which includes 3GB of RAM, Qi-based wireless charging, and a free six months of Kindle Unlimited. That model will sell for $109.99.

Amazon also announced the new Fire HD 8 Kids Edition, which comes bundled with the Fire HD 8, for $139.99. That edition comes with a free year of Amazon FreeTime Unlimited, which includes 20,000 children’s books and other content for kids.

“The new Fire HD 8 tablets offer the features that everyone in the family wants—great content, more storage, longer battery life—at a price that is incredibly affordable,” said Kevin Keith, Vice President, Amazon Devices, said as part of the announcement.

All three are available for preorder now and will ship June 3. And as Amazon products, they are equipped with Alexa.

“Over 20 million kids (and their parents) have enjoyed the award-winning Amazon FreeTime service and we’re excited to make it even better with new educational content that helps to keep kids learning and entertained,” Kurt Beidler, Director of Kids and Family, Amazon, said as part of the announcement.

Most recently, Amazon introduced a new Fire HD 10 last October, which also featured USB-C charging. But the new Fire HD 8 is the first update to that line since 2018, and that edition cost $79.99.

When that 2018 edition came out, the website Ebookfriendly listed some things to know before buying a Fire tablet. The main takeaway was that the device is affordable, and from a more reputable company than most tablets in that price range. But using it requires one to stay within the Amazon ecosystem.

According to StatCounter, Amazon held 5.48 percent of the global market for tablets as of last month, which placed the company third behind Apple (60.35 percent) and Samsung (20.64.) In the U.S. market only, Amazon is second to Apple with 13.05 percent, and ahead of Samsung.