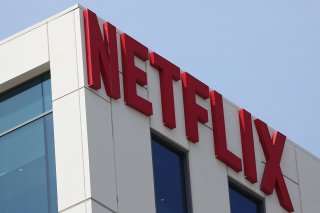 Despite the arrival of vaccines, there are concerns that coronavirus spread will accelerate this holiday season. Experts say the best solution is to avoid large gatherings for the next several weeks, and stay home. During the original lockdowns in the spring, subscription and streaming numbers of Netflix and the other major streaming services saw unprecedented growth, with Americans at home with hours of new free time.

One United States senator said this week that staying home should be encouraged—and that in order to incentivize that, the owners of the main streaming services should make their subscriptions free for the holidays.

Sen. Angus King of Maine, an independent who caucuses with the Democrats, wrote a letter this week to the leaders of Netflix, Amazon Prime Video, Disney +, Apple TV+, Hulu, and HBO Max, asking them to “make content available free of charge to encourage Americans to stay home and slow the spread of the coronavirus during the holiday season,” and to make their services free to non-subscribers in order to keep them at home.

“As organizations around the country continue to respond to the spread of the novel coronavirus, or COVID-19, I am reaching out to discuss and consider the unique role that your companies play in providing content-based activities this holiday season,” Senator King wrote in the letter.

“Specifically, I encourage you to temporarily remove any cost considerations for use of your services for current non-subscribers as a public service to who are seeking to remain safe and indoors this holiday season, as opposed to the risks involved as the nation sees a dramatic surge in pandemic cases.”

King did not make any threats to force such a change, in the event that the companies decline to offer their services for free. It doesn’t appear that any of the companies have responded to the letter. Yahoo Finance, who interviewed King this week in connection with his work on the coronavirus relief package, said it had reached out to the tech companies but not heard back, and acknowledged that the senator’s proposal was “a long shot.”

While many politicians who have called for social distancing, such as California Gov. Gavin Newsom, have opened themselves up to charges of hypocrisy by appearing at public gatherings, Sen. King said last month that his family would not be holding Thanksgiving celebrations.