Apple Commits to Be 100% Carbon Neutral for Supply Chain, Products by 2030 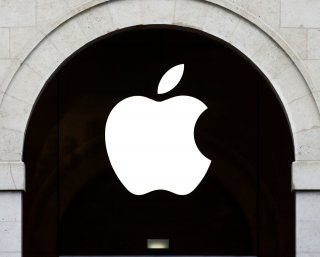 Apple has announced that it seeks to become fully carbon neutral by the year 2030.

With its global corporate operations already carbon neutral, the tech giant is aiming to extend that goal of having zero climate impact to its manufacturing supply chain and product life cycle.

“Businesses have a profound opportunity to help build a more sustainable future, one born of our common concern for the planet we share,” Apple CEO Tim Cook said in a news release.

“The innovations powering our environmental journey are not only good for the planet—they’ve helped us make our products more energy efficient and bring new sources of clean energy online around the world.”

Other big tech companies have also announced similar strategies to reduce their carbon footprints—such as Microsoft, which said it would be carbon negative by 2030, and Amazon, aiming to be carbon neutral by 2040.

Last year, Apple was able to convince its top chipmaker and iPhone factory partner, TSMC and Foxconn, respectively, to utilize more renewable energy in their operations.

Apple seeks to cut carbon emissions by 75% within the decade and will eventually develop “innovative carbon removal solutions” for the remaining 25%.

“Climate action can be the foundation for a new era of innovative potential, job creation and durable economic growth,” Cook said.

“With our commitment to carbon neutrality, we hope to be a ripple in the pond that creates a much larger change.”

The Cupertino, California-based company is also establishing an Impact Accelerator “that will focus on investing in minority-owned businesses that drive positive outcomes in its supply chain and in communities that are disproportionately affected by environmental hazards.”

“We’re proud of our environmental journey and the ambitious roadmap we have set for the future,” Lisa Jackson, Apple’s vice president of Environment, Policy and Social Initiatives, said in a release.

“Systemic racism and climate change are not separate issues, and they will not abide separate solutions. We have a generational opportunity to help build a greener and more just economy, one where we develop whole new industries in the pursuit of giving the next generation a planet worth calling home.”