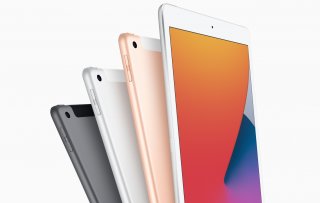 Apple held its Time Flies event Tuesday, which was its first of what’s expected to be multiple product-focused events this fall. The event featured several announcements, including a pair each of new iPads and Apple Watches, a new “fitness experience” called Fitness+, and a new bundle of its various services.

However, the event did not include any iPhones, which are expected to be introduced at a future event later this fall.

At the event, Apple CEO Tim Cook and other executives announced both the Apple Watch Series 6 and the first-ever Apple Watch SE, which is the first non-iPhone Apple product to use the “SE” naming convention. The Series 6 offers a new Blood Oxygen feature, as well as hardware improvements.

“Apple Watch Series 6 completely redefines what a watch can do,” Jeff Williams, Apple’s chief operating officer, said in the announcement of the new watch. “With powerful new features, including a Blood Oxygen sensor and app,  Apple Watch becomes even more indispensable by providing further insight into overall well-being.”

The SE, Williams said, “combines elements of the Series 6 design with the most essential features of Apple Watch, all at a more affordable price.”

Also at the event, Apple announced the eighth-generation iPad, which starts at $329, and brings the A12 Bionic chip to the entry-level iPad for the first time.

“We’re excited to offer customers an even faster and more powerful experience with the eighth-generation iPad,” Greg Joswiak, Apple’s senior vice president of Worldwide Marketing, said in Apple’s announcement. “With its beautiful 10.2-inch Retina display, the performance boost from the A12 Bionic, great cameras, and so much more, the new iPad is an incredible value at a time when, more than ever, our customers need powerful and versatile ways to work, play, learn, and connect with loved ones.”

Apple also revealed a new iPad Air, also with the A14 Bionic chip. The new iPad Air features a 10.9-inch, “all-screen” display. The product starts at $599 and $729, for Wi-Fi-only and cellular models.

Other announcements at the event included a new “personalized fitness experience” called Fitness+, which is seen by some as a competitor to Peloton’s classes.

Apple also announced a new series of bundles called Apple One, which offers different Apple services in discounted combinations. The individual plan offers Apple Music, Apple TV Plus, Apple Arcade, and 50GB of iCloud storage, while the family plan offers those, with 200GB of storage. The premium plan offers all of the above, plus 2TB of iCloud storage, Apple News Plus, and the new Fitness+.