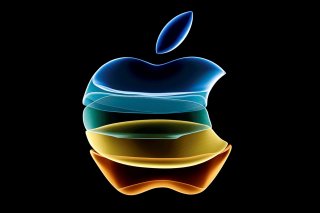 Apple on Tuesday held its first big product event of 2021, after holding three of them throughout the fall of 2020. Like those, the event was held at Apple Park, presumably recorded, and featured Tim Cook and other Apple executives touting new products as they stood outside the company’s headquarters.

Apple announced a new line of iMacs, the first to feature the M1 “Apple Silicon” chip, as well as TouchID and a 4.5K Retina display.

“M1 is a gigantic leap forward for the Mac, and today we’re excited to introduce the all-new iMac, the first Mac designed around the breakthrough M1 chip,” Greg Joswiak, Apple’s senior vice president of Worldwide Marketing, said in the announcement.

“With its striking design in seven stunning colors, its immersive 4.5K Retina display, the best camera, mics, and speakers ever in a Mac, and Touch ID, combined with the amazing performance of M1 and the power of macOS Big Sur, the new iMac takes everything people love about iMac to an entirely new level.”

Also at the event, Apple announced a new iPad Pro, also with the M1 chip, and offering a 5G chip.

“With M1’s huge jump in performance, a groundbreaking extreme dynamic range experience on the 12.9-inch Liquid Retina XDR display, up to 2TB of high-speed storage, Thunderbolt expansion, a four-speaker audio system, pro cameras with LiDAR Scanner, blazing-fast 5G connectivity, an amazing video-calling experience with Center Stage—combined with the advanced features of iPadOS and a powerful pro app ecosystem all in a device users can hold in one hand—there’s nothing else like iPad Pro,” Joswiak said in the iPad Pro press release.

There was no new iPhone announced at the event, but Apple did announce that it is now offering the iPhone 12 and iPhone 12 Mini in a new purple color.

Another new product announced at the event was a new version of the Apple TV 4K, which includes a new Siri Remote, as well as a high frame rate HDR with Dolby Vision.

“Apple TV 4K is in a category of its own, leveraging a deep integration of Apple hardware, software, and services that delivers a massive upgrade to any TV for the very best cinematic experience,” Bob Borchers, Apple’s vice president of Worldwide Product Marketing, said in the announcement.

“With the A12 Bionic and the all-new Siri Remote, Apple TV 4K lets customers enjoy their favorite shows, movies, and more in the highest quality, with simple and intuitive controls. And of course, Apple TV 4K offers easy access to Apple services, along with thousands of apps on the App Store for even more entertainment options.”

Apple also announced a new, long-anticipated product called AirTags, a new accessory that’s part of the “Find My iPhone” ecosystem, and can be attached to different items, including keys and backpacks.

“We’re excited to bring this incredible new capability to iPhone users with the introduction of AirTag, leveraging the vast Find My network, to help them keep track of and find the important items in their lives,” Kaiann Drance, Apple’s vice president of Worldwide iPhone Product Marketing, said in the AirTags announcement.

“With its design, unparalleled finding experience, and built-in privacy and security features, AirTag will provide customers with another way to leverage the power of the Apple ecosystem and enhance the versatility of iPhone.”

And Apple also announced an update to the Apple Card, known as Apple Card Family, which allows two people for the first time to own an Apple Card together.

In addition, the company unveiled a new trailer for the upcoming second season of the popular Apple TV+ show Ted Lasso.

Apple will announce its quarterly earnings next week, and will hold its annual World Wide Developers Conference, focused on software, in early June.