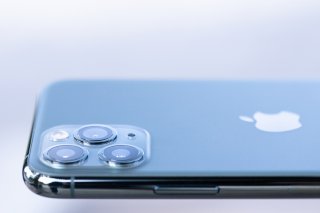 In redesigning its top-tier iPhones, Apple is looking to borrow from the aesthetics of its latest iPads.

For the tech giant Apple, a major fall refresh is in the offing, which will likely see 5G added to as many as four new iPhone models, according to a recent Bloomberg report. And the top-end iPhone 11 Pro successors may flaunt a new industrial design that more closely resembles the iPad Pro (and similar to iPhone 5) -- utilizing flat screens and sides instead of today’s rounded-edge design.

With much of the country still under shelter-in-place orders amid the COVID-19 pandemic, there is a chance that the iPhone launch could occur several weeks later than normal. Apple, though, has not informed its suppliers of any significant postponements, and the company’s engineers are slated to travel to China and complete the necessary product designs in May.

All of the new iPhones are expected to include major upgrades to the processor, with keen emphasis on speeding up artificial intelligence and AR tasks.

The iPhone Pro models will likely boast three cameras on the back, while the lower-tier phones will continue to have two cameras. For its top-tier devices, Apple will push ahead with the 3-D LIDAR system that made its debut with the iPad Pro in March. This endeavor sets the stage for future advances in augmented-reality applications.

The highest-end new iPhone’s screen size will be slightly larger than the 6.5-inch panel on the iPhone 11 Pro Max. For future designs, Apple is currently looking into jettisoning the cutout at the display’s top for the selfie camera and Face ID sensors. The size of the notch will likely be smaller beginning with this year’s models.

Before the autumn festivities, the imminent iPhone 9 launch could happen this week. The new budget model will likely combine the iPhone 8 chassis with the internals of the uber-powerful iPhone 11. At around a $400 price point, this will surely be a win-win situation for both current iPhone 8 owners and those looking for an entry into the Apple ecosystem.

Other updates to Apple’s fast-growing product line include a HomePod that is about 50 percent smaller than the current version. It is expected to launch later this year.

Also on tap are updates to the MacBook Pro, Apple TV, iPad and iMac.