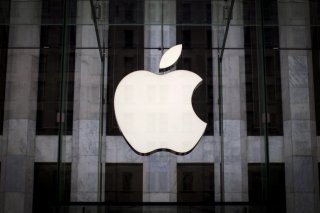 Apple is expected to unveil its latest iPhones next week at its “California Streaming” event. And if they do, it will represent the second cycle of iPhones with 5G capability.

Now, a new survey projects that the arrival of the new line will lead to Apple taking a big slice of the pie of 5G smartphone sales this year.

The 2020 iPhones, last year, took up 24 percent of all 5G smartphone shipments, even though most of Apple’s major rivals got off to a significant head start when it came to bringing out 5G-equipped smartphones. Counterpoint now sees Apple taking about 33 percent of global 5G shipments in 2021.

Jeff Fieldhack, Counterpoint’s Research Director for North America said in the release that “even without any ‘must-have’ specs, there will be tremendous appetite for upgrading because the iOS base is old in the United States. Holding periods are nearing four years. iOS faithful are ready for new devices.”

Fieldhack also predicted that the carrier changes in the United States, especially following T-Mobile’s merger with Sprint, will also push the adoption of 5G.

“T-Mobile has a 5G lead with its mid-band (2.5GHz) rollout and it will be aggressive in order to gain as many iOS subscribers as possible before Verizon and AT&T’s mid-band (3.5GHz) rollouts,” he said in the release. “The latter remains very aggressive upgrading both the base and switchers with aggressive promotions, and Verizon will need to keep pace to avoid missing out on premium 5G subscribers. The promotions in Q4 will be at very high levels – helping Apple.”

“Combine all of the above with a nice pricing surprise like we saw last year, and it’s possible Apple could hit a significant milestone in terms of U.S.-installed base, where Android has been bleeding share to iOS, which now sits at around 44 percent. A strong holiday season, some economic recovery, further COVID easing, and continued privacy and services push from Cupertino could certainly be enough to nudge the balance in Apple’s favor.”