The Apple Stores in the United States Have All Reopened 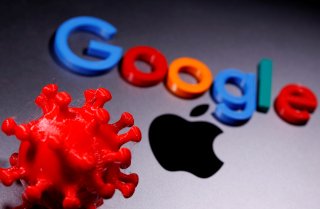 It’s been quite a strange road for the Apple Stores in the United States, since the start of the pandemic last March, with stores closing, opening, and in some cases, closing again.

Apple announced on March 13, 2020, that it was closing all of its retail stores outside of Greater China when the coronavirus pandemic first hit the United States. At the time, the planned closure was for two weeks. But like most things in mid-March 2020, that two-week delay ended up going a lot longer.

Last May, Apple had re-opened stores in areas where it was deemed safe. But a few weeks later, the unrest following the killing of George Floyd led to vandalism and looting of Apple Store locations in several cities, some of which had re-opened by that point and some that had not.

And then, when the coronavirus winter surge hit, Apple closed several more stores, with the company temporarily closing all of its stores in the state of California last December.

But now, Apple has hit a milestone: all 270 of its U.S. Apple Store locations have been reopened for the first time since the start of the pandemic in the United States. CNBC reported on that milestone, citing 9to5Mac. The full reopening was achieved after Apple reopened its last closed stores in Texas.

Some of the stores still have restrictions in place. In addition, some Apple Stores have closed permanently since the start of the pandemic, including the Uptown location in Minneapolis and the MacArthur Center location in Virginia.

The opening and closing of Apple Stores hasn’t prevented Apple from strong financial performances throughout the pandemic. The company posted its largest revenue quarter ever, earning $111.4 billion in revenue in the fourth quarter of 2020. That revenue consisted of $95 billion in sales from products and $15.7 billion in Services. That quarter included the arrival of all four new 2020 iPhones, the first to offer 5G capability.

Tim Cook told CNBC in an interview after that earnings release that the company would have done even better with all of its stores open.

“Taking the stores out of the equation, particularly for iPhones and wearables, there’s a drag on sales,” Cook told the network in January.

“The new shopping destination offers an even easier way to shop for Apple products at Target by bringing these products and accessories together in one space that has been designed for guests to experience new products through demonstrations and knowledgeable Target Tech Consultants, who will receive specialized training from Apple,” Target said in the announcement.