Is AT&T Backing off Plans to Sell DirecTV? 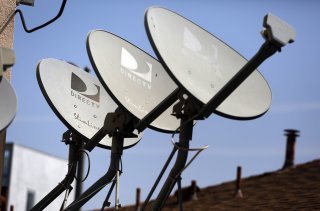 For much of the year, there have been numerous reports that AT&T was looking to sell all or part of its DirecTV business. AT&T had bought the satellite service in 2016 for $49 billion, or $66 billion including the assumption of debt, but in recent years the business has declined, while AT&T’s business goals have shifted considerably.

Earlier this month, it appeared the process had advanced, to the point that multiple offers had been received for a stake in the DirecTV business. But a new report says that AT&T is dissatisfied with the bids so far and may not sell DirecTV after all.

According to a new report from the New York Post, which has been breaking news about the DirecTV negotiations for the last several months, the sale process “has been thrown into doubt,” with AT&T already having delayed the deadline into January, and warning that the auction may be called off altogether if the bids don’t improve.

AT&T has also invited TPG Capital to look at DirecTV’s books in order to encourage a bid of their own. Apollo Global Management, which has been mentioned in relation to the bidding for months, reportedly submitted a bid of less than $15 billion, with multiple blank-check companies in the bidding as well. The bids reportedly entail the bidders paying $3.75 billion for 49 percent of DirecTV, with the rest financed by new debt. AT&T would retain a majority interest, with the new owner having “operating control,” per the Post.

The Post report also cited a New Street Research report which forecast that DirecTV’s EBITDA will drop as slow as $3 billion in 2022, from its current level of $4.5 billion.

Dish Network, whose CEO has repeatedly called a merger between the two satellite companies “inevitable,” does not appear to have any involvement in the bidding.

DirecTV did, over the weekend, settle its weeks-long channel carriage dispute with Tegna, which had cost DirecTV subscribers Tegna-owned channels sixty-four stations in more than fifty markets, in what the two parties described as “a new multi-year retransmission consent agreement.”

This follows last week’s agreement which finally brought the AT&T-owned HBO Max streaming service to Roku devices, following a standoff that had been ongoing since that service launched at the end of May. That deal was reached in time for the release of “Wonder Woman 1984,” which debuts on HBO Max on Christmas Day.