Back to the Future, Muppets and More: Best of What’s Coming to Netflix in September 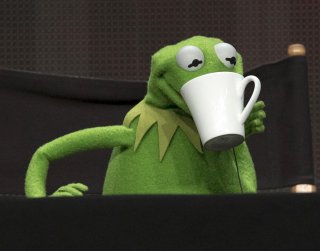 The fall of 2020 is upon us, and while not as many Americans are stuck at home at this point as they were in the spring, those with kids at home might need a break. And for those that do- there’s plenty of new stuff coming to Netflix in the month of September.

“Glory” (September 1.) Director Edward Zwick’s 1989 film, starring Denzel Washington and dealing with the first black regiment in the Civil War, hits Netflix at the start of the month after long being unavailable on streaming services.

“Grease” (September 1.) “Grease” is the word, as the famous 1978 musical that starred John Travolta and Olivia Newton-John comes to Netflix.

“The Muppets” and “Muppets Most Wanted” (September 1.) The Muppets may be a Disney property, but for some reason the two most recent big-screen Muppets movies are heading to Netflix in September, after they were previously on Disney+.

“Love, Guaranteed” (September 3.) The star of “She’s All That,” Rachael Lee Cook, resurfaces in this Netflix romantic comedy, co-starring Damon Wayans Jr., is about a lawyer representing a client who sues a dating website that had guaranteed love.

“I’m Thinking of Ending Things” (September 4.) Netflix has snagged the latest movie from writer/director Charlie Kaufman, who wrote “Being John Malkovich” and “Eternal Sunshine of the Spotless Mind,” and directed “Synecdoche, New York” and “Anomalisa.” The new film, based on the novel by Iain Reid, is described as a psychological thriller, and it stars Jesse Plemons, Jessie Buckley, Toni Collette and David Thewlis.

“Cuties” (September 9.) This film was already the subject of a huge controversy over its poster, but the movie, directed by Maïmouna Doucouré, has drawn some positive advanced buzz. “Cuties” is a French film, which debuted at Sundance back in January, about a Senegalese Muslim girl who joins a twerking dance crew.

“Challenger: The Final Flight (September 16.) The latest high-profile space project looks back at the Challenger disaster from 1986, in the form of a docuseries.

"The Devil All the Time” (September 16.) Another psychological thriller, directed by Antonio Campos, stars Batman, Spider-man AND the Winter Soldier. That means Robert Pattinson, Tom Holland and Sebastian Stan, along with Riley Keough and Jason Clarke.

“Ratched” (September 18.) The latest Netflix series from the prolific Ryan Murphy looks at the backstory of the Nurse Ratched character from “One Flew Over the Cuckoo’s Nest,” starring Murphy perennial Sarah Paulson as the title character.