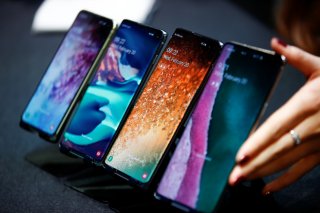 Disruptions to the supply chain have had a negative effect on the market for smartphones, to the point where worldwide sales of the devices were down by 6.8 percent in the third quarter—even as higher-end smartphones continued to perform well. That’s according to data released this week by research firm Gartner, Inc.

The market was affected by shortages of such items as radio frequency and power management integrated circuits. However, per Gartner, sales of premium smartphones continued to grow.

Samsung remains the top smartphone brand worldwide, with 69 million units sold with a 20.2 percent market share, while Apple was second with 48.5 million units sold and 14.2 percent. In the third quarter the year before, Samsung led with 22.1 percent of the market, while Apple was actually in third place, with 11.1 percent. Samsung saw growth in its premium smartphones, with its foldable smartphones in especially high demand.

Coming in third, fourth, and fifth were Xiaomi, Vivo, and Oppo, three Chinese brands without much of a profile in North America. Vivo, in particular, showed 20.9 percent year-over-year growth.

“Apple continued to experience strong demand for iPhones led by compelling feature upgrades and underpenetrated 5G installed base,” the report said. “Upgraded bionic A15 sensor, improved battery life, and camera sensor optimization for improved photography are the leading features that drove iPhone upgrades. Apple continues to revamp its online channel and position trade-in programs to accelerate demand for its 5G iPhones through the rest of 2021.”

Smartphone shipments had jumped more than ten percent year over year in the second quarter of 2021.

“Reinforced shelter-in-place instructions and factory shut-downs in India and Vietnam due to the second wave of COVID-19, along with closure of retail businesses and restrictions on online deliveries affected smartphone sales negatively in the second quarter after a strong start in beginning of 2021,” Gartner’s Gupta said at the time. “However, regions with higher penetration of 5G connectivity saw strong demand for 5G smartphones and were growth drivers for leading smartphone vendors.”

Samsung was first that quarter, followed by Xiaomi and then Apple, with Oppo, Vivo, and “others” rounding out the list. Apple had been in second place the previous quarter.