Bad News: Streaming TV is Moving Towards a One-Show-A-Week Model 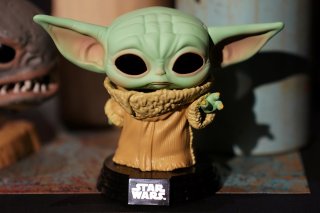 One of the revolutionary changes that went into place when Netflix streaming first obtained a foothold was that it introduced the idea of binge-watching. When House of Cards, the first major prestige series on Netflix, arrived on the service in early 2013, it debuted the entire season at once, which invited fans to watch the entire season at once, rather than once a week.

Netflix has stuck with that model, with rare exceptions, ever since. But a new report states that streaming services, especially Netflix’s newer competitors, have begun to switch back to the one-episode-a-week model. And that’s especially the case with Disney+, which has been good at building buzz with weekly releases of shows like The Mandalorian, WandaVision, The Falcon and the Winter Soldier, and now Loki.

The research firm Parrot Analytics recently looked at this phenomenon, as reported by Axios. Parrot measures streaming show popularity by measuring demand, and the firm noted that demand has been increasing for shows that are released weekly.

"By dropping an episode once a week, streamers are more likely to keep subscribers on the platform for longer, where they might find other content they like, and stay long-term,"  Wade Payson-Denney, an insights analyst at Parrot, said in the announcement, per Axios.

Netflix still puts out the majority of its shows all at once, although occasionally it will release half of a season’s episodes, and then the other half weeks or months later. Hulu and Amazon use different models for different shows, while Apple TV+ usually premieres two or three episodes at first, followed by one per week thereafter. HBO Max, with its recent hit Hacks, released two episodes per week.

“We think that works for our users; to have a consistent drumbeat of new episodes coming and provide a water cooler moment," Sarah Lyons, EVP of Product Experience at WarnerMedia and HBO Max, said in the Axios story.

The binge model has its advantages and disadvantages. It drives lots of engagement on the service that does it, which is a big part of their business strategy. And if it’s a show you love, a lot of a good thing can’t be bad.

The downside is, when a show debuts all of its episodes at once, it tends to drop out of the cultural conversation quickly. For a lot of fans of such shows, they’ll often watch an entire season in two or three days, forget about that show for a year, and then watch the following season a year later, not remembering the names of the characters or what they’d been up to on the previous season. That’s not nearly as much of a problem when a show’s episodes are spread out over thirteen weeks.