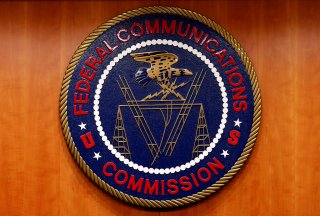 Independent agencies have always been an odd fit within the American constitutional order. Often they will have legislative, judicial, and executive authorities under one hat. They make binding rules, adjudicate adherence to them and, at times, punish failures to abide by their findings. What the founders intended to largely separate as a measure for the establishment of sound and safe government, later generations determined was not sufficient to reach those same ends as the concerns of the national government grew exponentially. Independence was needed not only to bring in expertise to address increasingly complex public policies but also, as party politics grew ever more potent, to give the government islands of stability where, commissioners once appointed by the political branches, had the discretion to make judgments free from the comings and goings of everyday politics.

Precisely because so many aspects of a modern economy will have overlapping impact on different areas, it is the norm for independent agencies to post possible new decisions or rules in advance so both the public and, at times, other parts of the government can voice their opinion. There is no expectation that there will always be a meeting of the minds on a new decision but at least the process gives outside observers some semblance of how reasonable an agency’s decisions have (or have not) been.

What then to make of the decision this past Monday by the Federal Communications Commission (FCC) to approve a license for Ligado Networks to establish a new 5G communications service using a mid-band frequency between earth and space? An AEI colleague judges the decision as a “positive step toward more efficient spectrum resource management” and potentially key “in securing leadership in 5G network deployment against foreign competitors, namely China.” Others, especially the Department of Defense, are objecting. Although not dismissing the need to establish a 5G network, the Pentagon and the military services believe that, once up and running, the Ligado ground-based signal has a good chance of interfering with the lower-powered but militarily critical Global Positioning System (GPS) signal coming from space. Nor is the Defense Department alone in its concerns about the Ligado proposal. Representatives from Commerce, Transportation, Homeland Security, Energy, Justice, the Coast Guard, the National Science Foundation, NASA and Interior have all made stated that they, too, believe that Ligado’s network will be problem not only for the GPS signal but also those weather and communication satellite signals that are also in neighboring frequencies.

The potential impact is pervasive—ranging from the American armed forces’ ability to conduct military operations to keeping the trains running on time, from enabling emergency responders to do their jobs as effectively as possible to giving farmers the data they need to get the most out of their fields. One could argue as a nation that we’ve become too dependent on these systems but, the reality is, today’s military and economy are crucially reliant on this data being constantly available and clear.

Ligado has agreed to lower the power of its signal and drop using a frequency band that sits next door to GPS’s. But the other agencies are not convinced this is sufficient. The vast majority of GPS receivers were built with the idea that there would be no interference of this nature to worry about. It’s as though you had built a home, with a great front porch to sit on and chat with friends, and suddenly discovered that the railroad has the rights to run a train track cutting through the plot across the street.

Ligado believes, after running tests that it sponsored, that there will be no interference of note but it implicitly admits that there could be a problem when it offers, as part of its effort to quell criticism, to repair or replace affected government equipment. But of course this doesn’t address the millions upon millions of non-governmental GPS users and their equipment. Nor, frankly, is it even a realistic answer to the military’s problem. Imagine the time, cost and security risk of taking GPS receivers out of service, testing new equipment, and retrofitting the new for the older equipment. The scale of the problem could be immense as virtually every military platform and system is tied into using GPS in some fashion or another.

It is possible that Ligado’s system when up and running will not have the impact that many in government fear. But, if it does, the consequences will be significant. When it comes to signals of this kind, either they are constantly available and clear—or not. Not knowing for sure that a signal is available is a problem simply.

It is also true that having a non-Chinese 5G system in place, and soon, is of great benefit to U.S. security. No one is disputing that. But there are other paths to getting a 5G system up and running. And certainly the Pentagon could move out more smartly when it comes to sharing the spectrum in frequency bands just as, or even more, attractive for 5G. Even if the federal government has to subsidize the effort to move 5G developments along, from a security point of view, it’s a safer course than this apparent roll of the dice.

Under U.S. law, the defense secretary has an obligation to prevent any government action that “would adversely affect the military potential of GPS.” At the same time, the FCC’s statutory commission requires any opponent of a new service “to demonstrate that such [a] proposal is inconsistent with the public interest.” One would think the combined arguments of the executive departments should, prima facie, be sufficient to meet the FCC mandate. Apparently not. The questions Congress will need to answer are how these competing obligations should be resolved and whether, in turn, there is a limit to the FCC’s independence when it comes to questions of national security?

Gary J. Schmitt is a resident scholar in strategic studies at the American Enterprise Institute and a contributing editor at The American Interest.