Best of What's Coming to Netflix in May: Seinfeld, Sandler and Space Force: 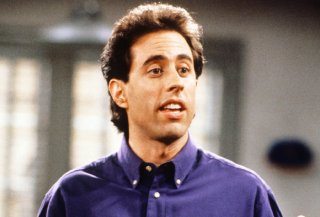 Depending on where you're living in the U.S., it's likely that social distancing measures are going to continue through the month of May. But luckily, Netflix is here with a long list of new content. And don't worry-they're in no danger of running out of new shows and movies anytime soon.

Here's the best of what's coming to Netflix in May:

- “Back to the Future” and “Back to the Future II” (May 1.) The first two films in director Robert Zemeckis' 1980s time travel trilogy hit Netflix on the first of the month. Starring Michael J. Fox, Christopher Lloyd, and that famous DeLorean, the film's entire timeline is now in the past.

- “Jerry Seinfeld: 23 Hours To Kill — Netflix Comedy Special” (May 5.) Seinfeld's first original standup special since the 1990s, which was delivered as part of the deal that brought Comedians in Cars Getting Coffee to Netflix, arrives this month. It's being advertised with a James Bond theme.

- “Becoming” (May 6.) Just announced Monday, this documentary about former First Lady Michelle Obama and her recent book tour hits Netflix, as part of the Obamas' deal for a series of documentaries.

- “The Eddy” (May 8.) Another limited series, this one comes from  “La La Land” director Damien Chazelle and stars Andre Holland, Joanna Kulig and Amandla Sternberg. It's also a musical, and set in France.

- “Unbreakable Kimmy Schmidt: Kimmy vs. the Reverend” (May 12.) The Netflix sitcom may have gone off the air over a year ago, but it's returning with an "interactive special." It's a Choose Your Own Adventure-type show featuring Kim's wedding (to Daniel Radcliffe) and her confrontation with her abductor the reverend (Jon Hamm.)

- “Patton Oswalt: I Love Everything” (May 19.) The latest special from the popular comic Patton Oswalt, his first since the heartbreaking "Annihilation" in 2017, arrives on Netflix this month.

- “The Lovebirds” (May 22.) This romantic crime comedy starring Kumail Nanjiani and Issa Rae, was supposed to come out in theaters in early March, before it was sold to Netflix following the movie theater closures.

- “Uncut Gems” (May 25.) This unbelievably tense Adam Sandler movie, directed by the Safdie Brothers, was a big hit last year, and now arrives just in time for basketball fans who are really missing the tension of the NBA playoffs. It’ll be on Netflix, where Sandler has always been among the more popular performers.

- “Space Force” (May 29.) This comedy series, poking fun at the president's actual proposed Space Force, was created by Steve Carrell and his “The Office” co-creator, Greg Daniels, and stars Carrell, John Malkovich and Ben Schwartz.