Betamax vs. VHS: Why Betamax Could Not Compete 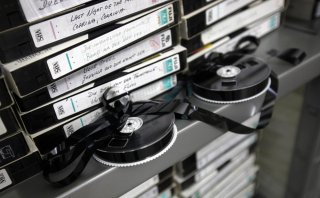 If you’re old enough to remember or have seen the vintage advertisements, then Betamax was a videotape format created by Sony that enabled people to record their favorite programs and rent pre-recorded ones.

It was launched shortly before VHS, but eventually, the two were engaged in a years-long format war that began in the late 1970s and stretched into the 1980s. As video players became more affordable, this battle continued to grow and became heated at times.

Sony had met with Matsushita (which became Panasonic) executives around 1975 to discuss the forthcoming home video market, as both had previously cooperated in the development and marketing of the U-Matic videocassette format.

Sony brought along a Betamax prototype for Matsushita’s engineers to evaluate, all the while being unaware of JVC’s work on its Video Home System, or VHS. After showing Sony the VHS prototype, they advised it to embrace VHS “for the good of the industry,” but Sony felt it was in its best interest to still go with Betamax.

Betamax was indeed better than VHS in a number of ways. The tapes were smaller and the recorders had the ability to reproduce colors better. They also were able to play or fast-forward quicker than VHS and boasted a nifty trick that enabled “bookmarking” at certain parts of the tape.

However, as it turned out, Betamax never had the support of enough hardware companies to flourish, which kept the price of the hardware high and allowed VHS to undercut it. It was also more difficult to rent movies on Beta, as video stores often had huge selections for VHS but much smaller choices for Betamax.

The critical battleground, though, proved to be in recording time. The original Sony Betamax video recorder for the NTSC television system could record for only sixty minutes. Meanwhile, JVC’s VHS could manage a hundred twenty minutes, followed by RCA’s entrance into the market with a 240-minute recorder using VHS.

These challenges ignited an intense battle within the format war to see which company could achieve the longest recording time.

As consumers saw that VHS tapes could record entire movies and baseball and football games, the choice became clearer—Betamax couldn’t meet their needs, and they were saving money to boot.

There were similar thoughts way back in 2003 in the Guardian.

“Betamax had owned the market, but lost it because Sony got one simple decision wrong. It chose to make smaller, neater tapes that lasted for an hour, whereas the VHS manufacturers used basically the same technology with a bulkier tape that lasted two hours,” it wrote.

“Instead of poring over the sound and picture quality, reviewers could simply have taken the systems home. Their spouses/children/grandparents and everybody else would quickly have told them the truth. ‘We’re going out tonight and I want to record a movie. That Betamax tape is useless: it isn't long enough. Get rid of it.’”