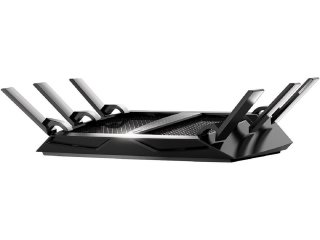 There was big news Thursday morning for the adoption of the next generation of Wi-Fi technology.

Wi-Fi 6 was unveiled last year, although it isn’t on most at-home Wi-Fi routers yet. Under its official name IEEE 802.11ax, Wi-Fi 6 was developed by the Wi-Fi Alliance, and is the successor to the six-year-old Wi-Fi 5. Its greater strength is expected to provide better Wi-Fi at stadiums, offices and other public venues that no one is able to visit currently.

While Wi-Fi 6 arrived in 2019, it was clear that an even more advanced version, Wi-Fi 6E, would be available once the 6 GHz spectrum was made available for Wi-Fi.

The government took a big step towards that on Thursday.

The FCC, at its quarterly meeting Thursday, voted to make 1,200 Megahertz of spectrum available for unlicensed use, which will include W-Fi. The spectrum will officially be opened later this year.

“These new rules will usher in Wi-Fi 6, the next generation of Wi-Fi, and play a major role in the growth of the Internet of Things,” the FCC said in a statement Thursday. “Wi-Fi 6 will be over two-and-a-half times faster than the current standard and will offer better performance for American consumers. Opening the 6 GHz band for unlicensed use will also increase the amount of spectrum available for Wi-Fi by nearly a factor of five and help improve rural connectivity.”

The FCC also voted Thursday to propose the creation of a 5G Fund for Rural America.

In response to the FCC’s action, The Wi-Fi Alliance called it “a monumental ruling securing Wi-Fi innovation for decades to come.”

The Alliance also said that it will extend its “Wi-Fi Certified 6” designation into 6 GHz, while the “Wi-Fi 6E” Certified designation will roll out beginning in 2021.

“By making 6 GHz available for unlicensed use, the FCC has secured the future of Wi-Fi. 6 GHz access is a seminal development for connectivity and provides Wi-Fi more capacity to deliver groundbreaking use cases and to unlock novel new Wi-Fi applications,” Edgar Figueroa, president and CEO of the Wi-Fi Alliance, said in a statement.

This means, per The Verge, that “there are now more open airwaves—a lot more—that routers can use to broadcast Wi-Fi signals.” And that will lead to greater speed and more dependable Wi-Fi.

The alliance also provides a Product Finder tool to determine which products are Wi-Fi 6 capable.