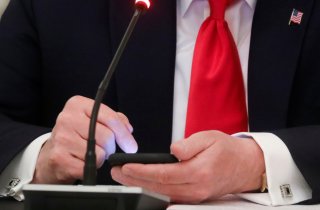 Barack Obama was the first president of the United States to run a Twitter account, and also the first to use the official accounts for @POTUS (president of the United States) and @Whitehouse, for the White House. During the 2016 presidential transition, the Obama administration agreed to pass those accounts along to the Trump administration, with followers included. The @WhiteHouse tweets from the Obama era are archived at @ObamaWhiteHouse.

Now, there’s word that the Trump presidency will not be passing that same courtesy on to the Biden administration.

Biden’s digital director, Rob Flaherty, tweeted Tuesday that the @POTUS and @WhiteHouse accounts will have to start at zero followers at the start of the new administration.

“In 2016, the Trump admin absorbed all of President Obama's Twitter followers on

@POTUS  and @WhiteHouse -- at Team 44's urging,” Flaherty said. “In 2020, Twitter has informed us that as of right now the Biden administration will have to start from zero.”

A Wall Street Journal report, also this week, looked at how Twitter rules that have not applied to Trump during his presidency may begin to apply once he leaves office, leading to a possible suspension or ban after Jan. 20. It also stated that there are about a dozen accounts that shift from one administration to another, including @whitehouse, @POTUS, @VP and @FLOTUS, for the first lady. The Wall Street  Journal added that the passwords will be reset in the transition, and also be stored at the National Archives, while the @POTUS account will be archived, at @POTUS45.

Trump has used Twitter constantly throughout his presidency, to rail against his enemies and, on several occasions, to announce the dismissals of cabinet secretaries and other personnel. But at the same time, he has frequently battled with Twitter the company, for what he claims is bias against conservatives and unfairness to him personally.

Beginning in the last months of the presidential campaign and leading into is aftermath, Twitter has begun to frequently append disclaimers to the president’s tweets, especially when Trump has made false claims about voter fraud, or that he actually won the presidential election. This has led to a push on the right to reform or repeal Section 230 of the Communications Decency Act, although Internet freedom activists warn that there would be considerably less free speech on the Internet in a world without 230 than under the status quo.