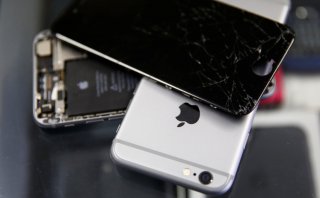 For several years, a group of activists have been pushing for the “right to repair” their own devices. According to CNBC, these activists have “called on lawmakers to implement a variety of rules that would allow for increased access to manuals and official parts”—to the consternation of Apple.

Now, Apple has launched a program of its own to make it easier for users of its products to repair them.

Apple is calling the program Self Service Repair. It will be available first for the iPhone 12 and 13 lines, with M1-equipped Mac computers coming next. It will come to the United States early in 2022, expanding to other areas throughout next year. Apple also said that the first parts included will “focus on the most commonly serviced modules, such as the iPhone display, battery, and camera,” with other parts included later on.

Previously, Apple had directed customers either to the 5,000 5,000 Apple Authorized Service Providers (AASPs) and the additional 2,800 Independent Repair Providers, who were certified to fix Apple products.

“Creating greater access to Apple genuine parts gives our customers even more choice if a repair is needed,” Jeff Williams, Apple’s chief operating officer, said in the announcement. “In the past three years, Apple has nearly doubled the number of service locations with access to Apple genuine parts, tools, and training, and now we’re providing an option for those who wish to complete their own repairs.”

Apple also shared a bit about how the new program will work, in its official announcement.

“To ensure a customer can safely perform a repair, it’s important they first review the Repair Manual,” the company said. “Then a customer will place an order for the Apple genuine parts and tools using the Apple Self Service Repair Online Store. Following the repair, customers who return their used part for recycling will receive credit toward their purchase.” Apple added that while the new program is for “individual technicians with the knowledge and experience to repair electronic devices,” while the majority of Apple product owners will be expected to go to professional technicians for repairs as they always have.

According to CNBC, the Biden Administration had been making noises about the issue, having asked the Federal Trade Commission in a July executive order, to look into “unfair anti-competitive restrictions on third-party repair or self-repair of items, such as the restrictions imposed by powerful manufacturers that prevent farmers from repairing their own equipment.”

“This is huge news for everyone, but we’re especially excited at iFixit. We started in 2003 when cofounder Kyle Wiens tried to fix his iBook but was blocked from a service manual for it. If Apple follows through next year, it will be the first time the company has published iPhone repair manuals… we are hopeful that Apple’s DIY manuals will have the same information given to Apple Authorized Service Providers, but rewritten with customers in mind.”