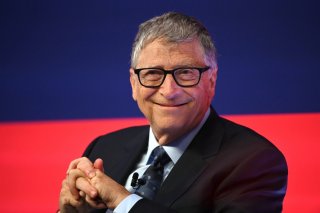 Billionaire philanthropist Bill Gates sees huge opportunities in climate investing—and even hinted that the returns over the decades could mirror what big tech companies have produced in recent years.

“There will be eight Teslas, ten Teslas. And only one of them is, is well known today,” Gates, the world’s fourth-richest person, noted Wednesday during the virtual SOSV Climate Tech Summit.

“For the winners, anybody who invested in Tesla is feeling very smart,” he added.

The market cap of Elon Musk’s electric car company has doubled over the last twelve months and is up more than two thousand percent over the past five years.

In the future, Gates, who co-founded Microsoft in 1975, contended that the realized sizeable investment gains will eventually branch out to include more companies. “There will be, you know, Microsoft, Google, Amazon-type companies that come out of this space,” he said.

Gates also noted that much of today’s climate-related technology is “at the lab level”—and that there will surely be plenty of companies that don’t pan out. Moreover, many of the more highly ambitious projects will need hefty investments to test out their viability. For example, projects that involve nuclear fusion or fission will require “hundreds of millions or, in the case of nuclear, billions” of dollars. Then there is always the risk of those technologies not being able to contribute as intended in the end.

“We will have a high failure rate … but we (also) have a likelihood of substantial success,” Gates said.

“Somebody who can’t afford risk or if you expect near term returns it’s, you know, I would look elsewhere,” he continued.

On Tuesday, Gates’s Breakthrough Energy Catalyst pledged an investment of $276 million in climate innovation in the United Kingdom—matching the European country’s financial commitment to scale up its own clean technologies. The program’s chief aim is to quickly develop and deploy green hydrogen, batteries and energy storage, sustainable aviation fuels, and direct air capture of carbon.

“Our partnership with the United Kingdom will accelerate the deployment of critical climate solutions, helping to make them more affordable and accessible,” Gates said in a statement.

“In order to achieve net-zero emissions, we need to reduce the costs of clean technologies so they can compete with and replace the high-emitting products we use today,” he continued.

Gates had previously stated that when the ongoing coronavirus pandemic eventually subsides, it will fundamentally change how people travel and conduct business in the future.

“My prediction would be that over 50 percent of business travel and over 30 percent of days in the office will go away,” he contended during a live-streamed New York Times Dealbook conference.

Gates, who has been warning about the threat of a global pandemic since 2015, added that going forward, businesses will have a “very high threshold” for traveling to conduct in-person meetings.