Is Cable’s Broadband Growth Leveling Off? 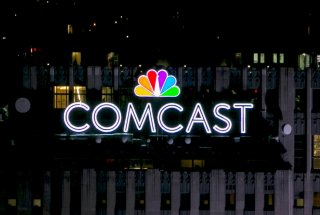 In recent years, but especially during the pandemic, the nation’s cable and other traditional pay-TV companies have lost huge numbers of video customers but were making up some of that ground by adding broadband customers.

However, as the relevant companies begin to announce their third-quarter earnings this week, a new report indicates that the “party” could be over for that particular scenario.

Marketwatch, citing an analyst report from Wells Fargo, stated that “sustaining growth could get tougher from here amid heightened competition.”

The report was by Steven Cahall of Wells Fargo, who, per Marketwatch, is “taking a more cautious view of cable stocks.” He cut his rating on Charter Communications and Cable One, and cut his price target on Comcast and Altice.

“Looking to the back half of the year, we begin to see cracks in the residential broadband growth story,” Cahall wrote. He also noted that AT&T is pushing further into fiber, which represents increased competition for the cable companies.

“AT&T has some 40%+ overlap with Charter’s footprint so its aggressive fiber plans will not go unnoticed by customers and investors,” Cahall wrote in the note. “Charter will look to match incoming competition with upgrades of its own (e.g. high split), which we think will increase capital intensity and put some pressure on free-cash flow growth.”

“Broadband net adds have driven the derating, proving that a change in the net add outlook (perhaps combined with high leverage) can cause a big change in the long-term terminal value,”  according to the report. “Altice USA’s footprint, which is highly competitive, is arguably what Charter’s and Comcast’s could look like by 2023-24.”

Cahall did add that Comcast and Charter, the two largest cable companies in the United States, have positioned themselves better, but still called the former stock “risky.”

“We think Comcast is a risky stock because if we’re right on cable then the internet slowdown could happen amidst [NBC Universal’s] expensive multiyear pivot towards streaming,” he added.